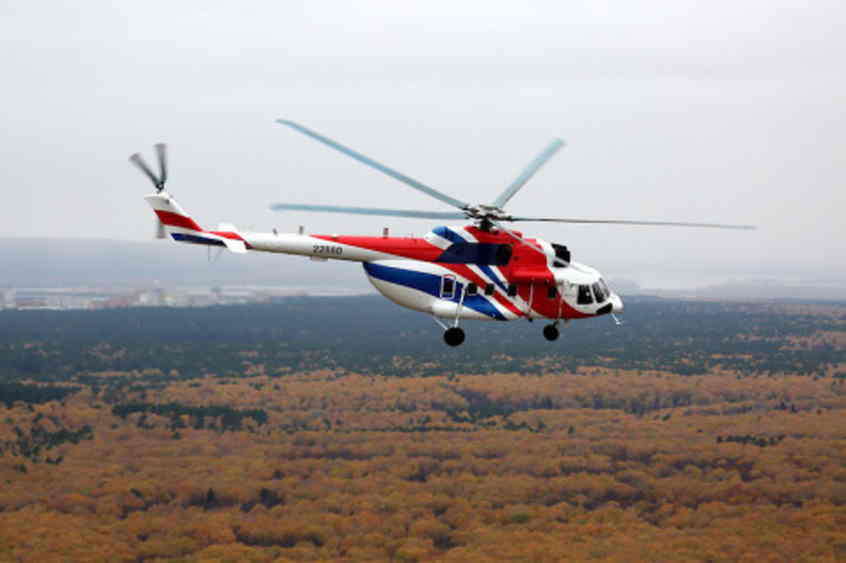 The Mi-171A2 helicopter has been certified by India and Colombia.RUS Helo

The Mi-171A2 helicopter is certified in India and Colombia. This allows the Russian Helicopters holding of the Rostec State Corporation to begin export deliveries of the latest modifications to a multifunctional civilian helicopter.

A validated type certificate for the Mi-171A2 has also been issued by Colombia's Special Civil Aviation Administration Unit (UAEAC).

"The Mi-171A2 is the latest version of the world's most popular twin-engine helicopter Mi-8/17. To obtain the possibility of operating the machine in India and Colombia, the enterprises of the Rostec Aviation Cluster did a great job: a type certificate was confirmed for the helicopter itself, as well as for VK- engines 2500PS-03 manufactured by the UEC that this machine is equipped with. The Mi-171A2 has a category A certificate of the Federal Air Transport Agency of the Russian Federation. It envisages the highest safety requirements for flying to civilian helicopters, "said Andrey Boginsky, CEO of Russian Helicopters .

The first Mi-171A2 for the Indian customer has already been manufactured at the Ulan-Ude Aviation Plant. He was shown to Indian Prime Minister Narendra Modi at the Eastern Economic Forum. The Mi-171A2 type helicopter certificate is also planned to be validated in China, South Korea, Brazil, Mexico, Peru and several other countries.

The latest engine modification with improved performance gives helicopters fundamentally new opportunities for operation in high altitude regions and areas with a hot climate. Thanks to a more efficient X-shaped tail rotor and a new rotor with composite blades, as well as an improved aerodynamic profile, the cruising and maximum speeds of the Mi-171A2 relative to mass-produced helicopters of the Mi-8/17 type increased by 10%, and the payload increased by 25% .

The use on the Mi-171A2 helicopter of a digital complex of on-board equipment KBO-17-1, made on the principle of a "glass cockpit", which includes a flight navigation system and a system of general helicopter equipment with a display of data, allowed to reduce the crew to two people. The use of video cameras improved visibility when working with external suspension. Safety has been enhanced through the use of modern systems to prevent collisions with the ground, other aircraft and obstacles along the route of the helicopter.

The helicopter provides transportation of passengers and is offered in transport, passenger and VIP versions.