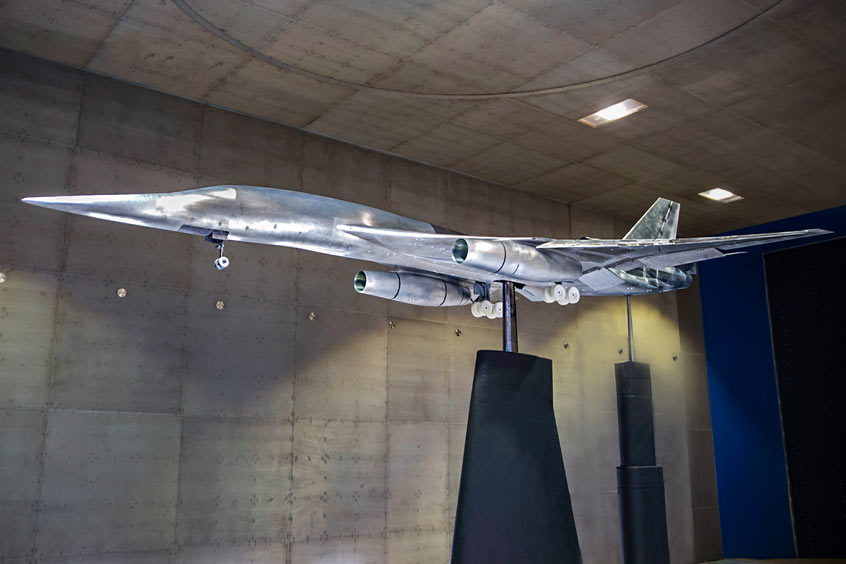 Supersonic aircraft company, Aerion, the leader in supersonic technology, has completed a major milestone in the development of the AS2 business jet after concluding high and low speed wind tunnel testing, amassing hundreds of simulated flight hours which represent the equivalent of 78,000 nautical miles flown.

Testing in combination with the data points amassed from Aerion's digital modelling of the AS2 allows engineers to validate the precise aerodynamic shape of the aircraft to a high level of fidelity and detail – a critical step as the company moves towards AS2 assembly starting in 2023 with key components starting manufacturing in 2022. During high and low speed wind tunnel testing, concluded in some of the most renowned testing facilities in Europe and North America, Aerion's engineers assessed more than 200,000 data points on the AS2 supersonic business jet.

During this phase of testing the full operational envelope of the AS2 was assessed – from take-off and landing, subsonic cruise, Boomless Cruise, supersonic cruise through to dive speed. The wind tunnel testing also allows Aerion's engineering team to assess aerodynamic impact in key operational conditions, such as deployment of landing gear and wing icing while also assessing handling qualities.

Aerion's high speed testing was completed in conjunction with French aerospace testing and research experts, ONERA in Modane, France. Leveraging the extensive testing expertise and facilities at ONERA, Aerion used the testing program to evaluate high speed performance, loads, stability and control at both transonic and supersonic velocities. Through more than 1,000 cycles the team were able to assess performance over the course of an equivalent 72,000 nautical miles flown.

"Digital modelling and wind tunnel testing are not mutually exclusive in the sense that you do one or the other – they are entirely complementary in a robust development program," says Aerion's Director, System Test & Evaluation, Robert (Bob) Lewis. "This testing is an important validation step in the development of the AS2, allowing us to collect a high volume of data in a short time through the full operational envelope of the aircraft to ensure our design exceeds performance expectations."

The combination of digital modelling using aerodynamic optimisation tools developed in-house by subsidiary company, Aerion Technologies and the wind tunnel testing program enables Aerion to negate the need for costly demonstrator aircraft and accelerate the program to the final stages of validation. The data accrued from wind tunnel testing also contributes to defining more accurate loads, a vital step in ensuring the AS2 achieves its final weight targets.

"The conclusion of this phase of the development program is a major milestone for Aerion and the AS2" said Tom Vice, Chairman, President and Chief Executive Officer. "In 2023 when we start manufacturing at Aerion Park the first AS2 we build will be a production-specification aircraft. This key phase of testing validates our aerodynamic assumptions and tells us that the AS2 will achieve all of our performance expectations and in doing so, takes us a significant step closer to first flight."

Aerion's pursuit of faster point-to-point travel begins with the launch of the AS2 supersonic business jet. Designed to be inherently environmentally responsible from first flight, the AS2 is the first supersonic aircraft designed to be powered by 100% engineered synthetic fuel and reach supersonic speeds without the need for an afterburner.

The manufacture of 300 AS2 aircraft is planned for the first decade of production. The AS2 will be the first aircraft to be assembled at the company's new global headquarters in Melbourne, Florida – Aerion Park. The state-of-the-art development – powered by clean energy – will incorporate headquarters operations plus an integrated campus for research, design, build, and maintenance of the company's supersonic aircraft.