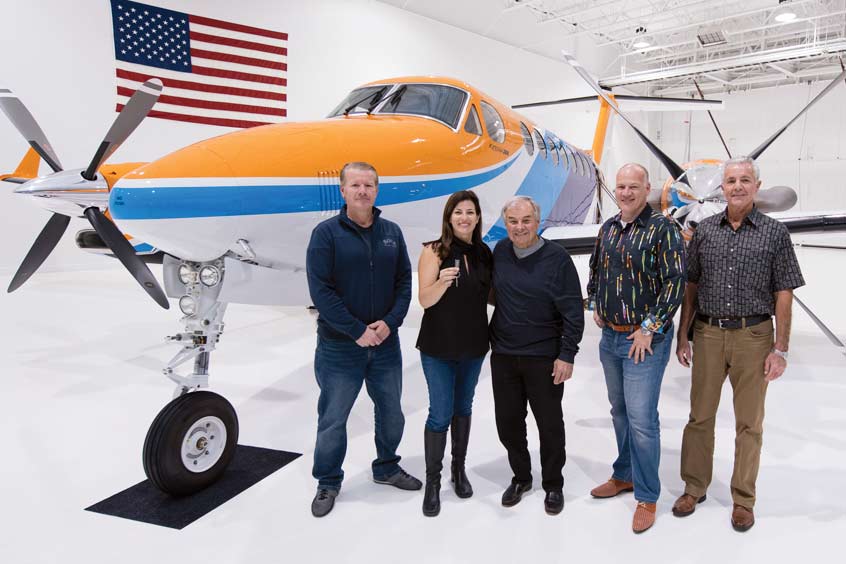 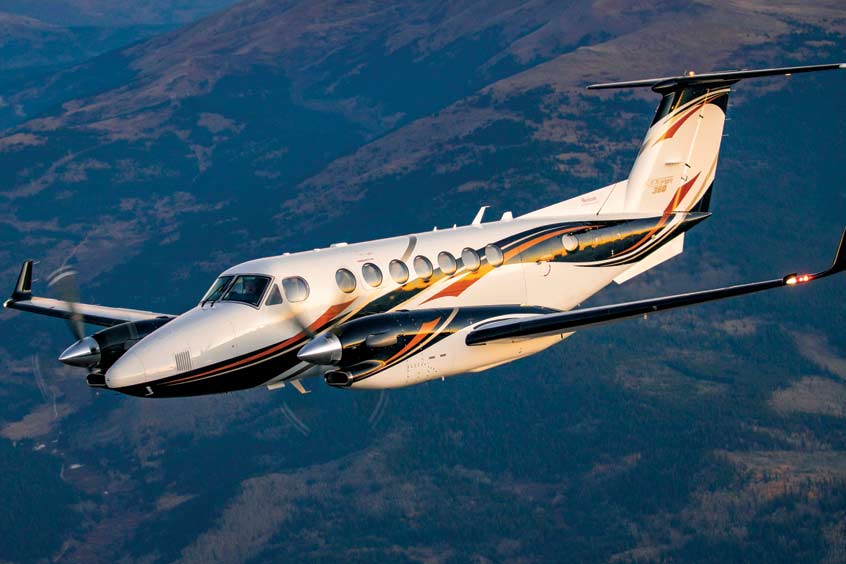 Textron Aviation proudly celebrated the entry into service and first delivery of its Beechcraft King Air 360 turboprop aircraft. The event was commemorated in a special delivery to its launch customer – Stamoules Produce Company, Inc. The California-based business selected the flagship King Air 360 as its first-ever aircraft purchase due to its combination of outstanding performance capabilities, ease of operation and the enhanced passenger experience, all of which will help expand the company's growing operations.

The Beechcraft King Air 360 is designed and manufactured by Textron Aviation Inc., a Textron Inc. company.

The momentous occasion marks another major milestone for the legendary King Air turboprop lineup, which has been flying customers throughout the world for more than 50 years. The King Air 360 builds on a reputation of versatility and reliability, offering the latest technological advancements in the cockpit, a redesigned cabin and enhancements to passenger comfort.

"This is a special day for Beechcraft King Air turboprops as we begin a new era for such a beloved aircraft," said Rob Scholl, senior vice president of Sales and Flight Operations for Textron Aviation. "We are privileged to welcome Stamoules Produce Company to the Beechcraft family. This upgraded aircraft features innovative technology and next generation capabilities, and it will allow this launch customer an opportunity to transform the way they do business."

"We're very proud to be the launch customer of the new Beechcraft King Air 360," said Katie Stefanopoulos, a family member, who will also serve as corporate pilot for the new aircraft. "When selecting our first aircraft, we looked for a product that would not only give us the performance and flexibility we need to grow our business, but also by a company with a trusted name and expertise in the industry – and we found that in the King Air 360 and Textron Aviation. We were excited to learn of the new upgrades and features to an already exceptional aircraft, and I am even more excited to fly."

The King Air 360 cockpit features the addition of the Innovative Solutions & Support (IS&S) ThrustSense Autothrottle. The autothrottle supports pilots in their critical mission of delivering people or cargo by automatically managing engine power from the takeoff roll through the climb, cruise, descent, and go-around phases of flight. Another key update in the cockpit is the new digital pressurization controller, which automatically schedules cabin pressurization during both climb and descent, reducing pilot workload and increasing overall passenger comfort.

Other upgrades include a lower cabin altitude at the aircraft's certified ceiling of 35,000 feet – more than 10 percent lower when compared to the King Air 350i. The improved cabin altitude level provides greater comfort for passengers, especially during longer flights.

The redesigned cabin, meanwhile, features a stunning new look with craftsman-built cabinetry, partitions and side ledges, upgraded materials and finishes, along with all new interior schemes. Other amenities that come standard on the entire King Air lineup include pull-out work tables, power outlets, USB charging stations and a private aft lavatory.

Nearly 7,600 Beechcraft King Air turboprops have been delivered to customers around the world since 1964, making it the best-selling business turboprop family in the world. The worldwide fleet has surpassed 62 million flight hours in its 56 years, serving roles in all branches of the U.S. military and flying both commercial and special mission roles around the world.