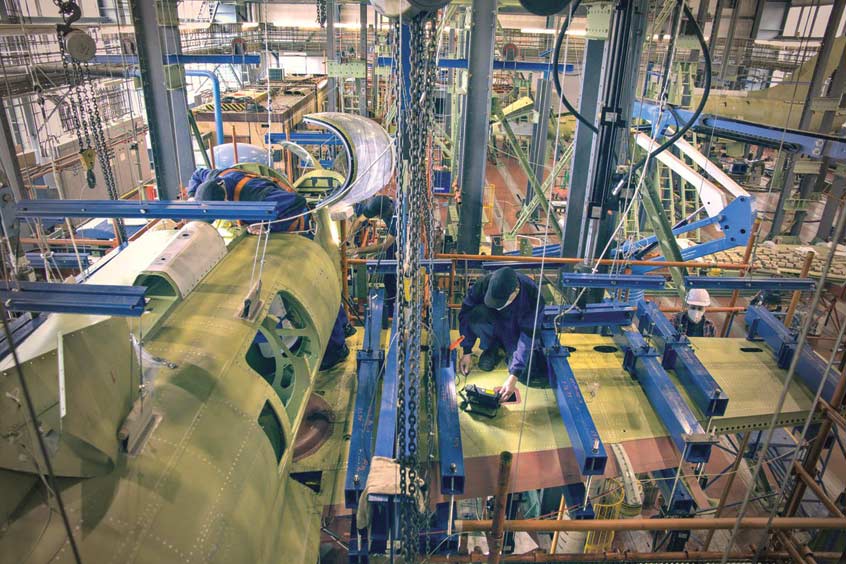 Fatigue testing of the new L-39NG confirmed the lifespan of the new aircraft will be significantly longer than of its predecessor L-39 Albatros. (Photo: Czech Aerospace Research Centre in Prague)

Another phase of the fatigue test of the new L-39NG jet aircraft from the Czech manufacturer Aero Vodochody was successfully completed at the Czech Aerospace Research Centre in Prague (VZLU). The prototype with manufacturing serial number 7003 completed the third life cycle ground test which confirmed that the lifespan of the new aircraft will be significantly longer than of its predecessor L-39 Albatros. The new L-39NG received its international type certification in September 2020.

According to the design analyses, the L-39NG aircraft should have three times longer lifespan than the original Albatross. Depending on the way the aircraft is used, the service life of the L-39NG is up to 15,000 flight hours. "The complete L-39NG fatigue test is going to run a total of five life cycles. One fatigue life cycle on the ground test corresponds with 5,000 flight hours. We have now successfully completed the third life cycle, which confirms that we will achieve our goal to significantly extend the service life of the new generation of the aircraft, and this is also a great news for future L-39NG users," said Vojtech Labuda, L-39NG Project Manager from Aero Vodochody.

"The design of the L-39NG airframe shows exceptional resistance to cyclic loading, despite the relatively hard fatigue spectrum we are using in those tests. A detailed inspection confirmed only minor and expected failures on the airframe structure even after the end of 15,000 simulated flight hours. No suspicion of any incipient failure was indicated at any spot on the primary airframe structure. The integral wing fuel tank is still filled with fuel substitution and there was no leakage of the liquid from the wing structure throughout the test," adds David Novotny from VZLU.

On September 18, 2020, the L-39NG aircraft received a type certificate which means it is eligible to operate in international air space and meets all safety requirements. The fatigue test at VZLU has started on May 25, 2020 and is scheduled for two years. In order to obtain type certification, Aero had pledged to complete two life cycles in the ground fatigue test (i.e. loading compared to 10,000 flight hours), which was met on time and with the necessary proof of test parameters and results in cooperation with VZLU. The fourth fatigue life cycle of the L-39NG is now starting, and the entire completion of the fatigue test is scheduled for the first quarter of 2022.

The project of the L-39NG fatigue test is financed with the state subsidy from the Technology Agency of the Czech Republic within the TREND Programme.