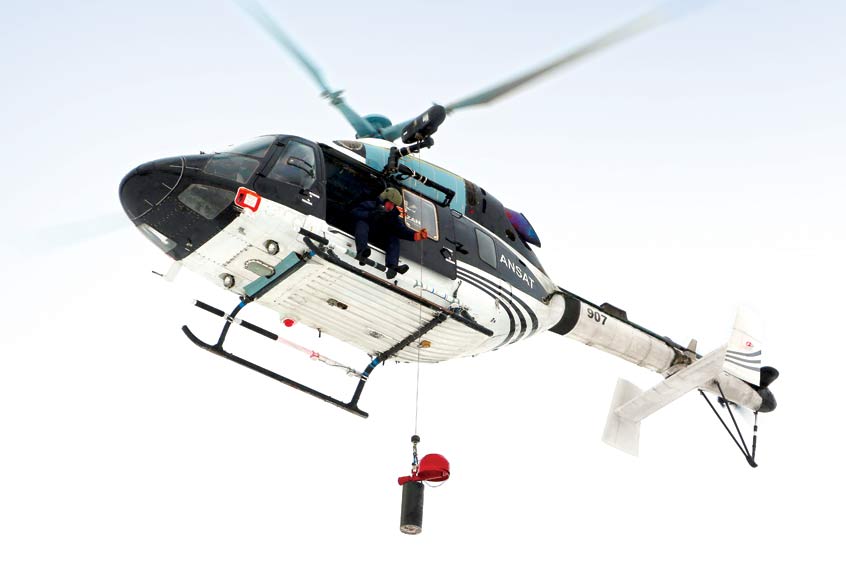 The Kazan Helicopter Plant of the Russian Helicopters holding (part of the Rostec State Corporation) received approval from the Federal Air Transport Agency for the installation of an onboard boom on the Ansat helicopter. The new option significantly expands the functionality of the vehicle, allowing you to safely lift on board and lower people and cargo weighing up to 272 kg.

The onboard boom increases the efficiency of using the Ansat helicopter in search and rescue operations and allows handling operations in hover mode.

The side boom is easily mounted and dismantled using quick couplings. When using a side boom, it remains possible to access the engine compartment for servicing equipment.

"The new optional equipment increases the competitiveness of Ansat and its commercial attractiveness for potential customers who are interested in the versatility of the aircraft being purchased," said Aleksey Belykh, Managing Director of the Kazan Helicopter Plant .

Ansat is a light twin-engine multipurpose helicopter, the serial production of which has been launched at the Kazan Helicopter Plant. According to the certificate, the design of the helicopter allows it to be quickly transformed into both cargo and passenger versions with the ability to carry up to 7 people. In May 2015, an addendum to the type certificate was received for the modification of a helicopter with a medical module. Ansat is certified for use in the temperature range from -45 to +50 degrees Celsius, as well as for operation in high mountains.

In August 2018, the Federal Air Transport Agency issued Kazan Helicopters approval for a major change to increase the resources of a number of Ansat units and systems. In 2019, the Federal Air Transport Agency certified an increase in the fuselage resource of the Ansat light helicopter to 16,000 hp. In February 2020, the Russian aviation authorities certified the installation of an emergency splashdown system on Ansat, and approval was also issued for a major change to increase the airworthiness limitations of a number of main helicopter components, which makes the Ansat helicopter even more attractive to potential customers and increases its competitiveness.