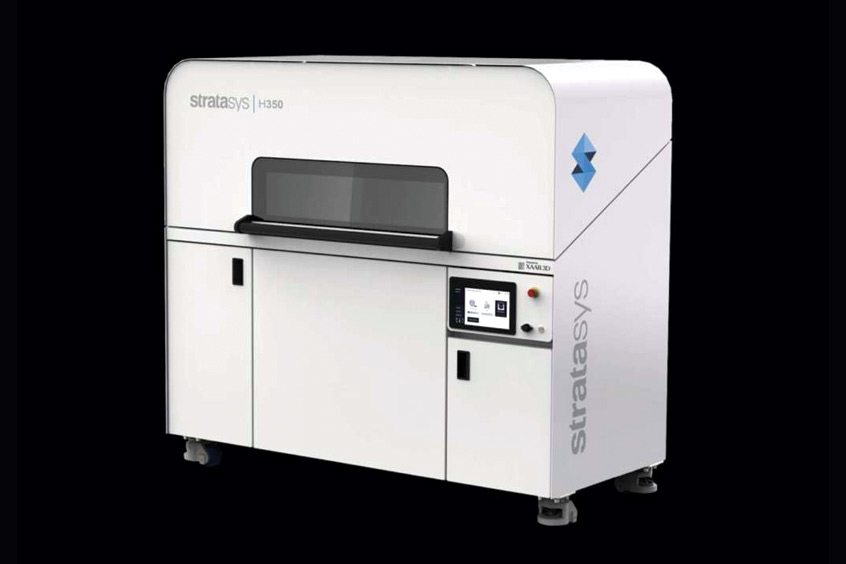 The Stratasys H350 3D printer is designed for the production of thousands of parts as additive manufacturing at higher volumes gains momentum in the industry. (Photo: Stratasys) 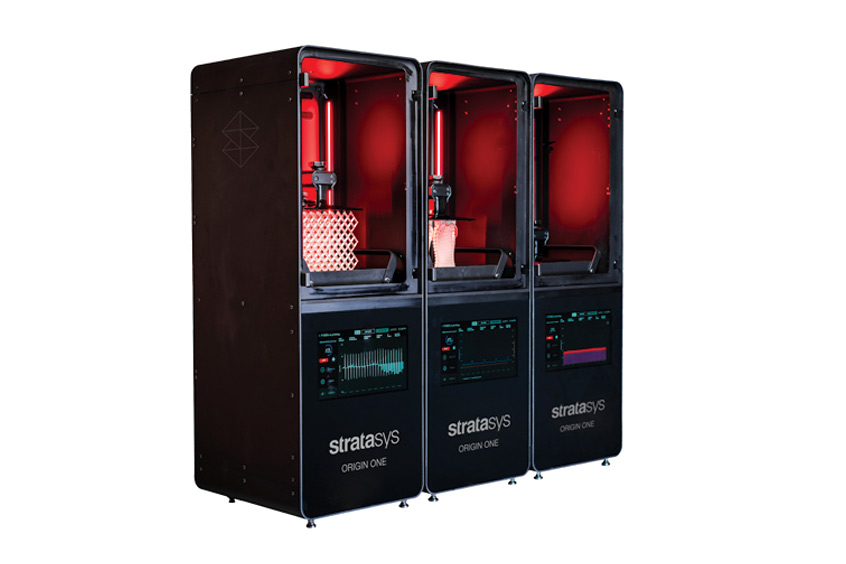 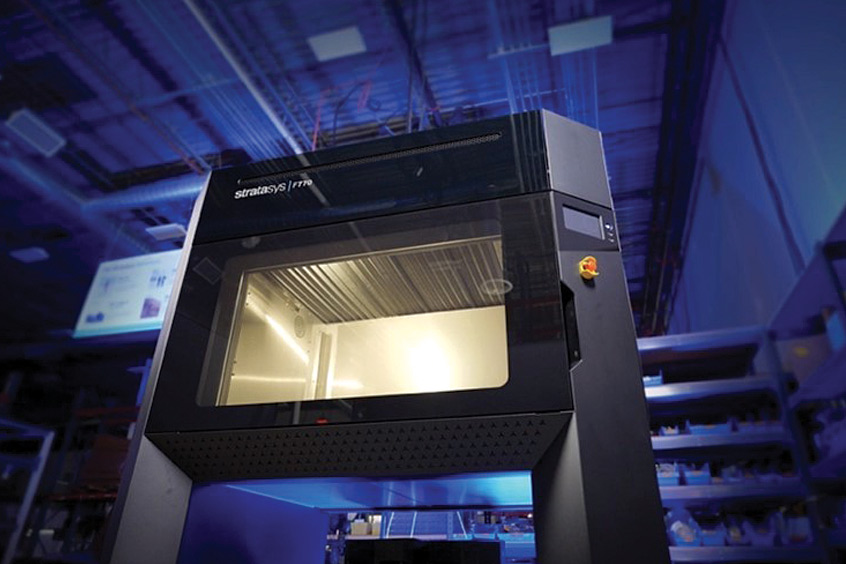 "We are accelerating into the Additive Manufacturing 2.0 era, in which we see global manufacturing leaders move beyond prototyping to fully embrace the agility that 3D printing brings to the entire manufacturing value chain," said Stratasys CEO Dr. Yoav Zeif. "The disruptions we are seeing today on both the supply and demand side of global supply chains are a clear sign that the status quo isn't working. Additive manufacturing gives companies the total flexibility to decide when, where, and how to produce parts. That's why we're committed to being the complete provider of polymer 3D printing solutions for our world-class customer base."

Last year, Stratasys accrued more than 25% of its revenue from manufacturing-related applications. Going forward, with a comprehensive and integrated portfolio of 3D printing hardware, software, materials and services solutions, Stratasys estimates that its manufacturing revenue growth will outpace other segments, growing at an annual rate of over 20% starting in 2022.

Illustrating Stratasys' ability to quickly execute on integrating its acquisition of Origin, Stratasys introduced the Stratasys Origin One 3D printer, designed for end-use manufacturing applications. The new 3D printer uses proprietary P3 technology and a software-first architecture to produce parts at volume in a wide range of open, certified third-party materials with industry-leading accuracy, detail, finish, repeatability, and time to part. That technology combined with hardware upgrades enabled Stratasys to optimise virtually all aspects of the system in the new version of the product to improve reliability and performance. Cloud connectivity means customers will receive additional feature improvements.

"We have been laser-focused on meeting stringent accuracy and repeatability criteria for 3D-printed connectors that require double-digit micron accuracy," said Mark Savage, Global Centre of Excellence Leader for additive manufacturing at TE Connectivity, a world leader in connectors and sensors and long-time customer of both Stratasys and Origin. "Stratasys and Origin have been great partners in helping us achieve these targets and demonstrating the possibilities of using additive manufacturing at the scale of tens of thousands of parts. Today, we're seeing the hardware, the software, and the materials from Stratasys really come together to begin making production scale a reality for us. We believe this helps make TE Connectivity a more agile and cost-effective partner for many of the world's leading OEMs in industries from automotive to aerospace to appliances as we work to build a more connected future."

Internal Stratasys estimates suggest a $3.7 billion market opportunity by 2025 for the production-oriented segments suited to the Origin One, including automotive, consumer goods, medical, dental, and tooling applications. Stratasys plans to begin taking orders for the printer, post-processing and related software through its worldwide channel beginning in May.

Stratasys also introduced the Stratasys H350 3D printer, the first 3D printer in Stratasys' new H Series Production Platform. Powered by SAF technology, the new H350 printer delivers production-level throughput for end-use parts. It's designed to give manufacturers production consistency, a competitive and predictable cost per part, and complete control for the production of thousands of parts. The H350 printer even includes about a dozen different parts 3D-printed with SAF technology.

The H350 printer has been in beta testing since early 2021 with service bureaus and contract manufacturers in Europe, Israel, and the United States, including Stratasys Direct Manufacturing, which is now selling parts on demand using the system. It is expected to ship more broadly to customers in Q3 of this year. Applications include end-use parts such as covers, connectors, hinges, cable holders, electronics housings, and ducting.

"We have ambitious plans to grow our business and we believe adding a Stratasys H350 can be a key component of that growth," said Philipp Goetz, owner of Goetz Maschinenbau, a Germany-based service bureau. "We have fulfilled orders for both large parts as well as up to several hundred smaller parts. We have been impressed with the performance of the system and SAF technology, with consistent parts throughout the build volume. The system has also been remarkably reliable."

Stratasys is using certified third-party materials for H Series systems. The initial material is Stratasys High Yield PA11, which is a bio-based plastic made from sustainable castor oil.

The new system, priced under $100,000, is designed for prototyping, jigs and fixtures, and tooling applications requiring standard thermoplastics. Soluble support material simplifies post processing, while GrabCAD Print software streamlines workflow and enterprise connectivity is enabled through the MTConnect standard and the GrabCAD SDK.

Sub-Zero Group Inc., based in Madison, Wisc., manufactures luxury appliances, and has been a beta customer for the F770. Doug Steindl, corporate development lab supervisor, said it helps keep the printing of larger parts in-house, creating a cost savings of 30 to 40 percent. "It's speed to market on everything," he said. "Our 3D printing lab is faced with new product builds every six weeks. The faster we can turn things around, the better, and the quickest way we can do that is to keep as much in-house as possible. The F770 delivers on that need."