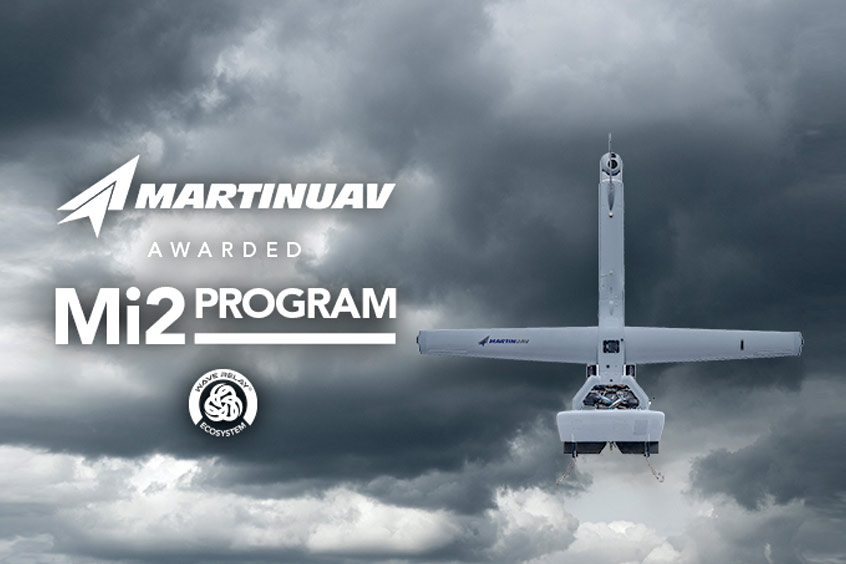 Persistent Systems, LLC ("Persistent"), a leader in mobile ad hoc networking (MANET) solutions, announced that it will be supplying Martin UAV, an industry partner whose V-BAT VTOL unmanned aircraft system was just selected for the Navy's Mi2 program, with MPU5 and Embedded Module networking devices over the coming years.

The Mi2 program seeks to supplement systems currently used by the Navy with an expeditionary platform that has a smaller logistical footprint and quicker set-up time. Martin UAV's V-BAT was chosen as this next-generation Vertical Take-Off and Landing (VTOL) replacement following an Mi2 live demonstration conducted in November-December at Yuma Proving Ground, in Arizona.

"We are very excited to have our MPU5 MANET radios serve as both the command-and-control and payload data link for Mi2," said Eric Waldo, Persistent's UAS Program Manager. "In keeping with the program's expeditionary focus, our technology will help warfighters operate the V-BAT in the most austere environments, without the need for satellite links."

In addition to Wave Relay®'s exceptional range and throughput capabilities, Waldo added that Persistent Systems solution is also resilient against electronic warfare (EW) threats without having to sacrifice performance or scalability and was the first MANET solution validated by the U.S. Army's Electronic Warfare Laboratory.

Pioneered by Martin UAV, the V-BAT is a ducted fan VTOL unmanned aircraft system that takes off like a helicopter and flies as a fixed-winged platform for longer endurance Intelligence Surveillance and Reconnaissance (ISR) missions. Over the years, Martin UAV developed a line of three V-BAT models: the latest, V-BAT 128 has a flight endurance of 11 hours; the V-BAT 118, which can stay aloft for 8+ hours; and the electric-powered eV-BAT which is still in Research and Development testing with the latest in battery technology.

Martin UAV is a long-standing member of Persistent's Wave Relay® Ecosystem, a coalition of sensors and unmanned system companies that all utilise the Wave Relay® MANET.

The Mi2 program will be managed as an Other Transaction (OT) prototype project under the authority of 10 U.S.C. 2371b. Persistent Systems expects to begin delivery of MPU5s in support of Mi2 in the next fiscal quarter.