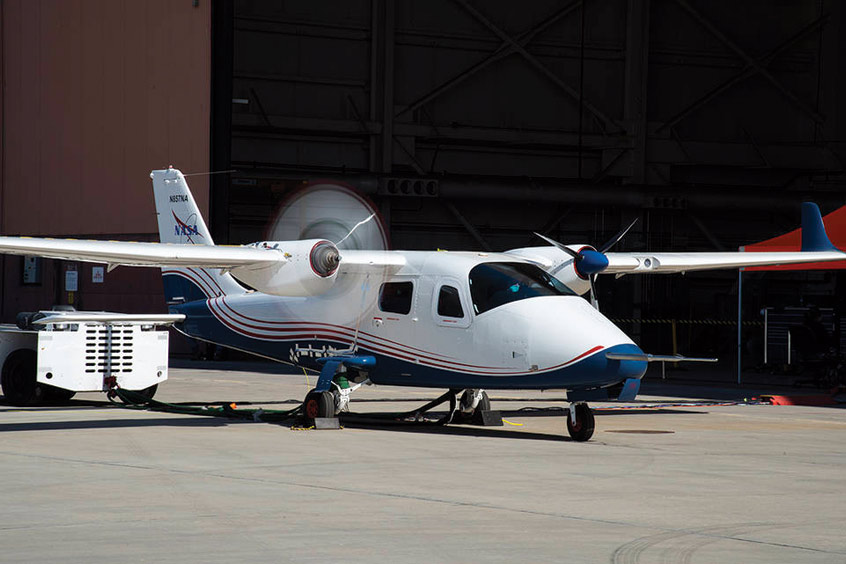 As the propellers on the X-57 Maxwell aircraft spin for the first time under electric power at NASA's Armstrong Flight Research Center in California, a resounding “Yes!” can be heard from members of the ground test team. Though the propellers had previously spun during the X-57’s initial build phase at Scaled Composites in Mojave, it is now the turn of NASA engineers, taking lessons learned from previous tests. As part of high-voltage ground testing on NASA's all-electric X-57, propellers are being powered by electric cruise motors, which will also be used to power the X-57 in flight. These cruise motors will eventually be repositioned to the wingtips on the future high-aspect ratio wing that will fly on the aircraft’s final configuration.