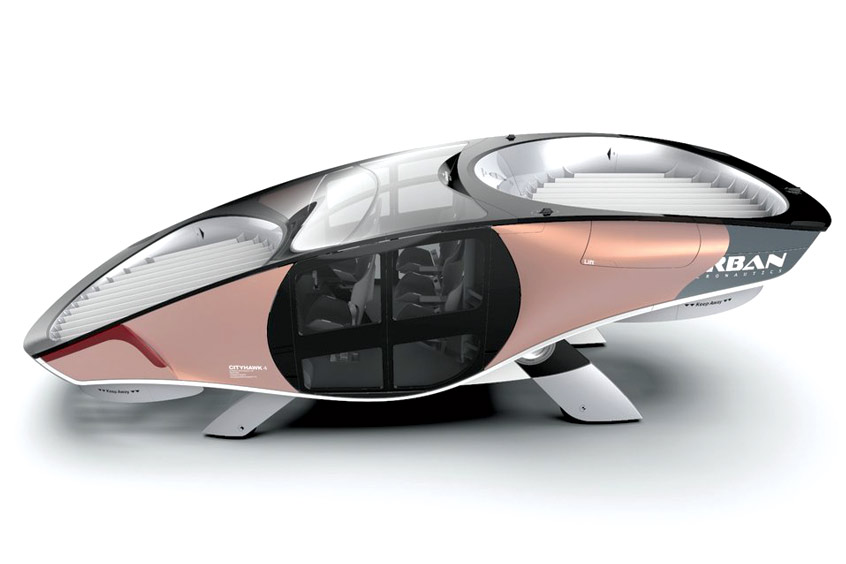 Urban Aeronautics, the Israel-based aerospace company behind CityHawk, the advanced, compact eVTOL (electric vertical takeoff and landing vehicle) with a distinct, wingless exterior and patented fully-enclosed Fancraft rotor system, announced the first $10 million towards their next round. The added funds come after the latest successful test flights for the company's tech demonstrator in early July, showcasing the CityHawk's capabilities for smooth vertical takeoff, landing, and short-distance flight in wind conditions, which is a key step on the path to commercial production for inner-city air travel. Private investors from the USA, Brazil and Israel participated in the round.

The CityHawk, a car-sized eVTOL designed for multiple trips within a city per day with zero emissions and minimal noise, has more in common with the birds who nest upon the rooftops of skyscrapers than with nearly every other eVTOL prototype in existence. The CityHawk is intended for commercial air charters and emergency medical services (EMS) and will be fueled by hydrogen, the most sustainable technology in development today.

Urban Aeronautics is currently raising a Series A round of at least $100 million. The aerospace company, which was founded in Israel in 2006, has been under new leadership following the appointment of Nimrod Golan-Yanay to CEO in October 2020 and has achieved several milestones in the last year, including:

- The unveiling of a sleek new exterior design of CityHawk, featuring a svelte, compact shape for the wingless eVTOL

- Impact study agreements with Skyports to study the infrastructure needed for vertiports in major urban hubs in the Middle East, as well as how vertiports can be -designed to better support a hydrogen-fueled air fleet.

"The Urban Aeronautics team has formidable experience in aerospace engineering, aviation development, and bringing emerging technology products to market," says Urban Aeronautics CEO Nimrod Golan-Yanay. "While we know that the vigorous testing and regulatory compliance that comes with any new aviation technology is still in development across the globe, we are extremely excited and bolstered by the milestones we've achieved in recent months that show how ideally suited CityHawk is for practical applications right within the city itself."

This momentum comes in parallel to significant advances for urban air mobility on the regulatory front: in July, the U.S. Congress unanimously approved legislation to boost the development of the advanced air mobility (AAM) market. Bill H.R. 1339 requires the formation of an AAM working group, composed of senior members of the FAA, NASA, and other aviation and transportation industry leaders.