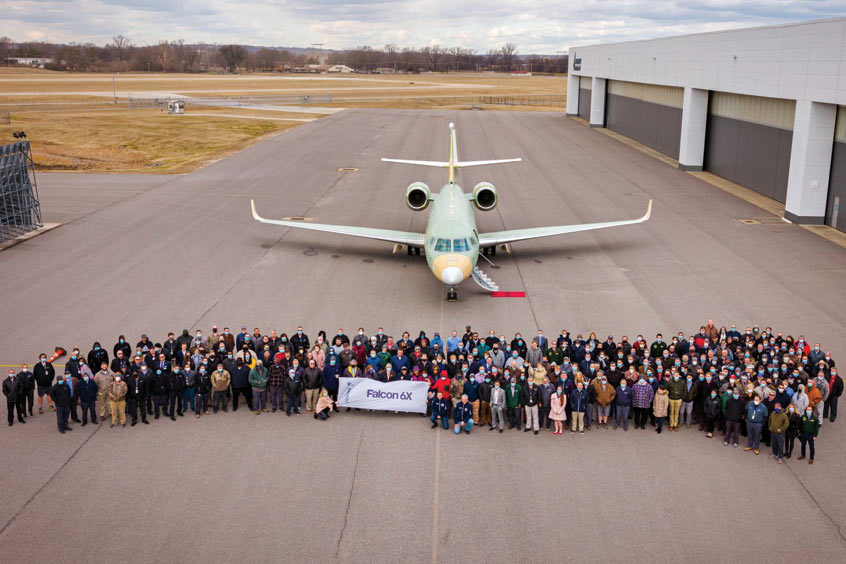 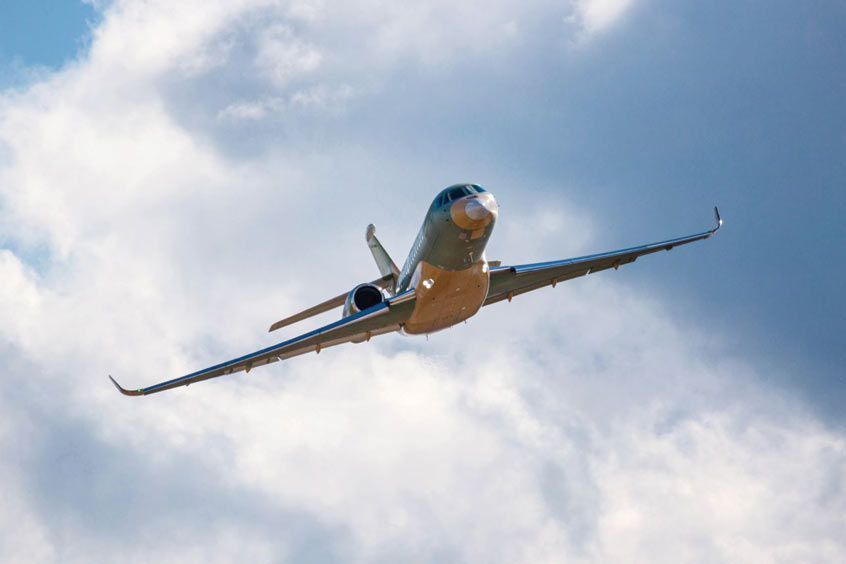 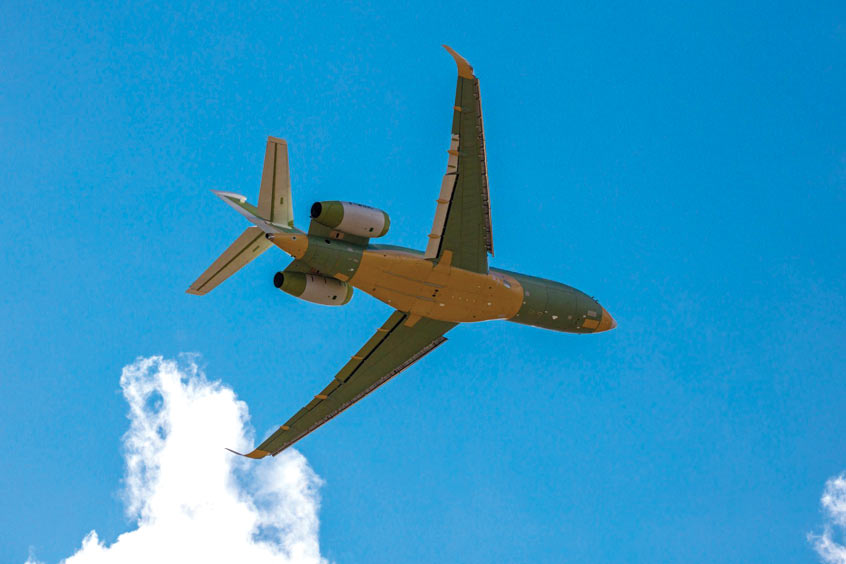 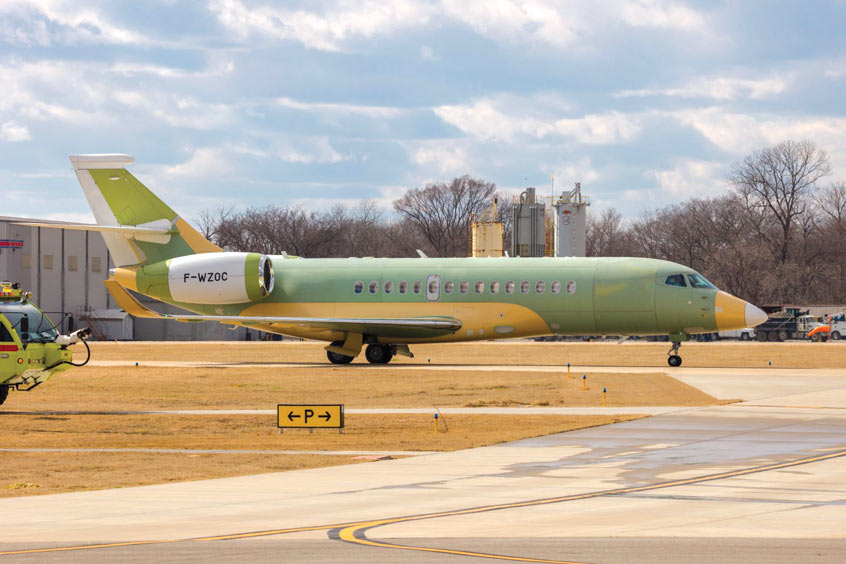 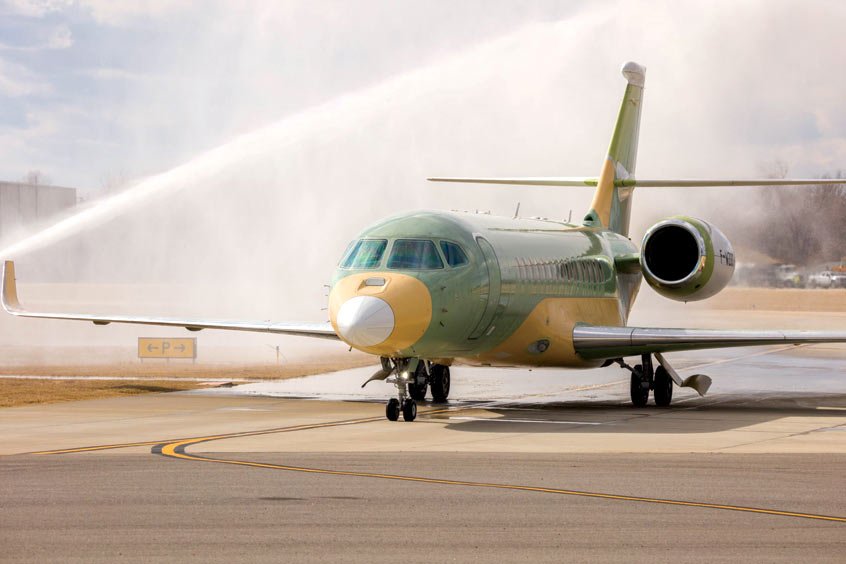 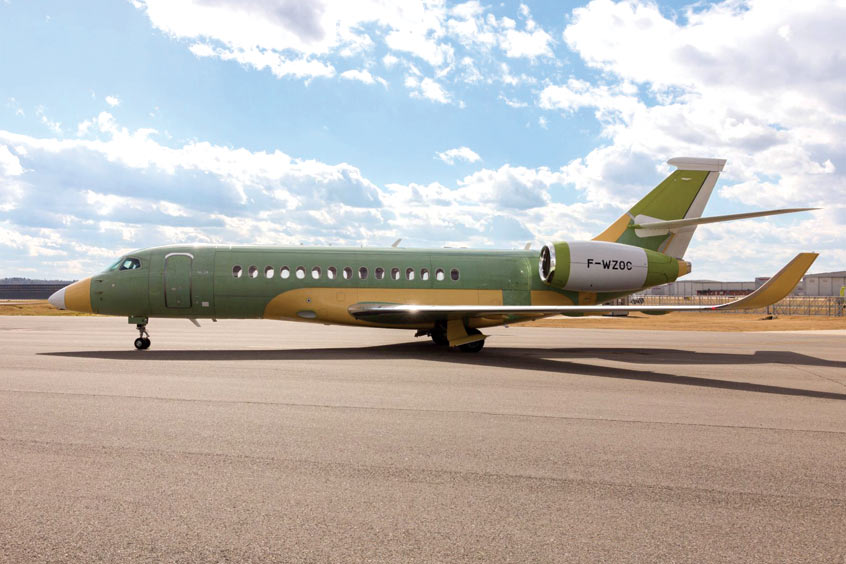 "The arrival of the first Falcon 6X at Little Rock marks a very positive milestone in this program," said Eric Trappier, Dassault Aviation Chairman and CEO. "Our teams have been working tirelessly behind the scenes to prepare for 6X completion and we are benefiting from very good momentum as we move towards certification."

Teams in Little Rock have been preparing for months anticipating the arrival of the first Falcon 6X with new engineering solutions that aim to accelerate the completion and delivery cycle. A dedicated 6X technical response team has performed robustness and cycle testing on equipment and components in preparation of manufacturing. Engineers have also designed processes that will allow "one shot installation" on interiors, further reducing completion time.

Advanced digital technologies are at the forefront of efforts to streamline completion activities. These include a dedicated 'virtual plateau' capable of displaying any system or component on the aircraft using Dassault Systemes 3D CATIA design and product lifecycle management software that helps teams visualise and plan for the most efficient approach to each aircraft completion.

Completions will be performed in a spacious state-of-the-art hangar that came online in 2015. The hangar was designed from the start to accommodate completions for advanced new models like the Falcon 6X.

Currently, three Falcon 6X aircraft are involved in Dassault's rigorous flight test program, including one that is undergoing extreme weather and endurance testing. The Pratt & Whitney Canada PW812D engine recently received Transport Canada certification, with EASA and FAA certifications expected to follow shortly. A fourth aircraft equipped with a full interior will fly at the end of the first quarter and undertake a round the world campaign intended to demonstrate the full maturity of aircraft systems at entry into service.

The first Falcon 6X is expected to enter into service later this year.