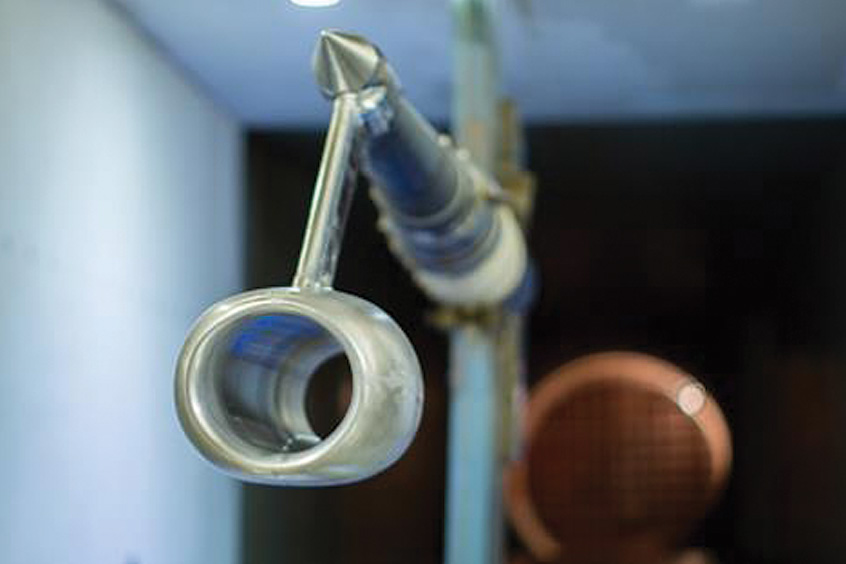 The PD-8 engine is designed for the Sukhoi Superjet New and Be-200ChS aircraft. (Photo: TsAGI)

Specialists of the Central Aerohydrodynamic Institute named after Professor N.E. Zhukovsky (part of the Research Centre "Institute named after N.E. Zhukovsky") tested a model of an isolated engine nacelle of a promising PD-8 engine. It is being developed by the enterprises of the United Engine Corporation for the benefit of the Sukhoi Superjet New and Be-200ChS aircraft under import substitution programs.

The aim of the research was to determine the aerodynamic characteristics of the gondola model: forces and moments - in the cruising flight mode. The test model was made by specialists of the research and production complex of the institute.

The experiment was carried out in a T-128 transonic wind tunnel at Mach numbers from 0.7 to 0.82 and angles of attack of 3.4–4.9 degrees. The results obtained will be used to certify the PD-8 engine and optimise the propulsion power plants in the SSJ 100 New and Be-200ChS aircraft.

"We are carrying out a whole range of works as part of the creation of a promising domestic PD-8 engine. This is a strategically important task, thanks to the solution of which the domestic aircraft engine building will gain independence from foreign companies, "said Vladimir Akinfiev, head of the research department of the TsAGI power plant aerodynamics department, candidate of technical sciences.

Earlier, TsAGI studied the aerodynamic characteristics of the air intake of the PD-8 engine. The next step will be tests in the T-104 wind tunnel of an engine nacelle with a simulator of a reversing device as part of the SSJ 100 New aircraft.

The marching power plant (MSU) with the PD-8 engine is designed to be placed on Sukhoi Superjet New and Be-200ChS aircraft. The developer of the MSU is PJSC UEC-Saturn, the co-executor in terms of the creation of the engine nacelle is JSC UEC-Aviadvigatel. TsAGI takes part in the development and testing of the air intake, engine run and reversing device.