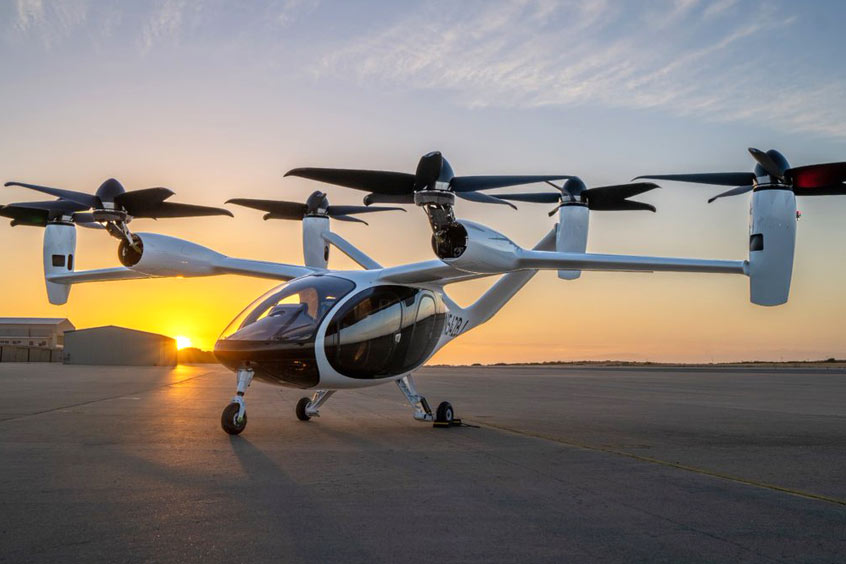 Joby's all-electric aircraft on the tarmac at the company's facility in Marina, CA. (Photo: Joby Aviation)

Joby Aviation, Inc. announced it has submitted its first area-specific certification plan to the Federal Aviation Administration (FAA), believed to be an industry first.

The plan, which is the first of several that Joby will be required to submit, brings the company one step closer to receiving type certification for its aircraft, laying out the combination of design reports, analysis and testing that it will employ to demonstrate compliance with rigorous FAA safety standards for one functional area of the aircraft.

"Today's milestone is the result of many years of hard work by both the Joby team and the FAA,” said Didier Papadopoulos, Head of Programs and Systems at Joby. “It's also another indication of the great momentum we have on the certification front. With more than two thirds of our means of compliance now agreed with the FAA, we're looking forward to maintaining that momentum with the submission of further certification plans in the near future.”

The certification plan submitted earlier this week is focused on cabin safety, comprising the integrity of materials, seats, and occupant restraints used in the interior of the aircraft.

In February, Joby announced it had completed its first series of FAA conformity tests to confirm the material strength of the composite material comprising the aerostructure of the aircraft. In 2020, Joby became the first and only electric vertical take-off and landing (eVTOL) company to sign a G-1 (stage 4) certification basis with the FAA, having received an initial (stage 2) signed G-1 from the FAA in 2019.

Joby's piloted five-seat eVTOL aircraft can carry four passengers at speeds of up to 200 mph, with a maximum range of 150 miles on a single charge. With more than 10 years of development and over a thousand flight tests completed, Joby is targeting the launch of its aerial ridesharing service in 2024.