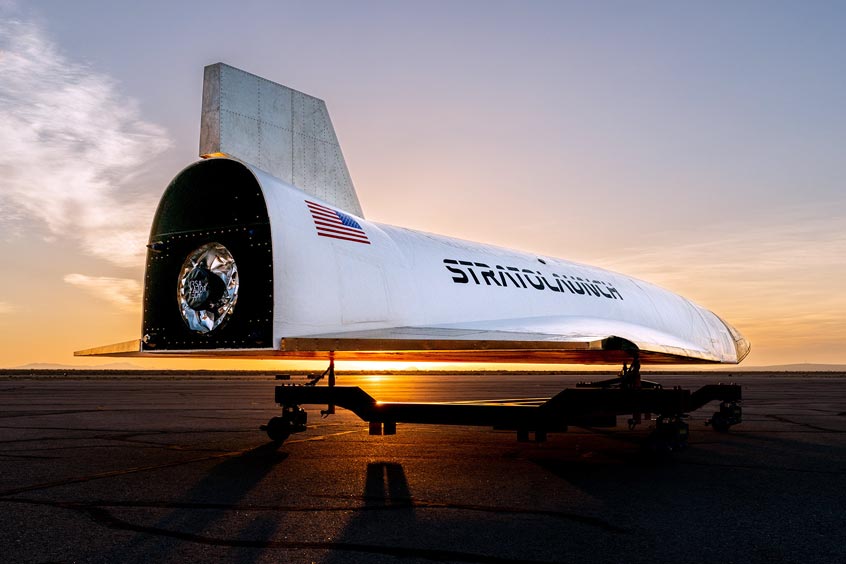 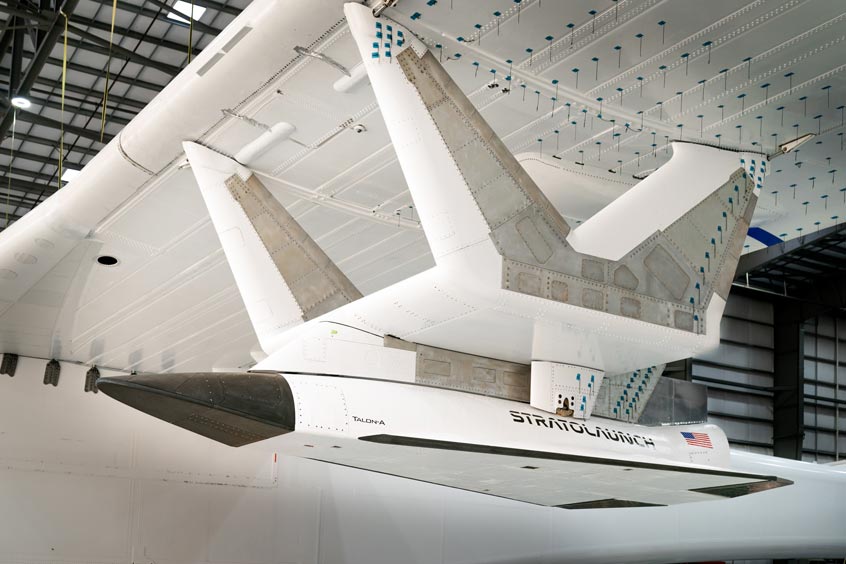 Stratolaunch is excited to announce the public debut of its structurally complete Talon-A test vehicle, TA-0, in this week's issue of Aviation Week & Space Technology. This first Talon-A vehicle will be used to test and validate Roc's release system and characterize the separation dynamics of the Talon vehicle. In addition to the first view of the vehicle by itself, the article also includes recent photos of the first mating of TA-0 to Roc's pylon located on the center wing.

The pylon, which was introduced during Roc's fifth test flight on May 4, will be used to carry and release Talon-A hypersonic vehicles. The hardware is comprised of a mini-wing and adapter that is constructed with aluminum and carbon fiber skins. It weighs approximately 8,000 pounds and occupies 14 feet of Roc's 95-foot center wingspan, allowing for adequate space between the aircraft's dual fuselages for safe vehicle release and launch. The custom structure also features a winch system that will load Talon-A vehicles onto the platform from the ground, expediting launch preparation and reducing the need for ground support.

Although this first version of Talon-A will not be powered in flight, its future iterations will be rocket-powered, autonomous, reusable testbeds carrying customizable payloads at speeds above Mach 5. TA-0 will continue functional and integration testing in the coming months, culminating in a captive carry and vehicle flight later this year. After completing TA-0 separation testing, the company will transition to flying its first hypersonic test vehicle, TA-1. The team has also started fabrication of a third vehicle, TA-2, the first fully reusable hypersonic test vehicle.

"We're proud to reveal our first test vehicle to the public and our key stakeholders. TA-0 represents the immense progress our company has made toward hypersonic flight in a short period of time," said Dr. Zachary Krevor, Chief Executive Officer and President at Stratolaunch. "Our pace of development parallels the nation's critical need for hypersonic test capabilities, and we are putting forth every effort toward becoming a national test asset for our government and commercial customers in 2023."