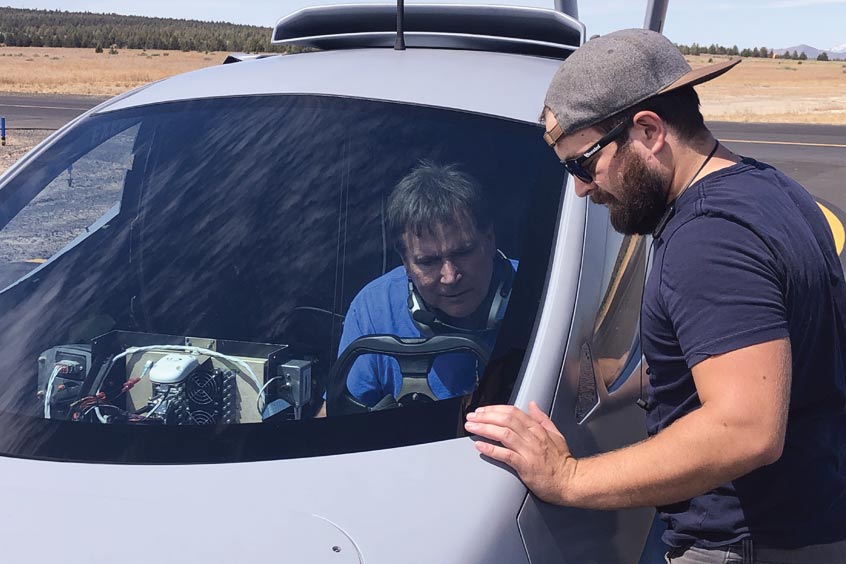 The Samson Switchblade hit a new top speed during recent flight testing in North Carolina. During initial acceleration testing, the Switchblade team removed the propellor to reset the prop angle to 8 degrees less than standard and 4 degress less then standard respectively, before landing on 6 degrees as the optium angle for acceleration. The team then tested the Switchblade several times at the middle prop setting, iteratively tuning the engine to ensure the top speed was achieved. The final top speed was 98 mph including a slight headwind, and all runs showed the vehicle still accelerating at the end of the run, with no tendency to overheat despite the increasingly hot day. These tests established the Switchblade as an aircraft capable of accelerating past takeoff, and one with no cooling issues.

Following an update story by local TV station KOIN in Portland, Oregon, the Switchblade recevied nearly 400 new reservations and is now approaching reservation position #2,100. After this recent exposure, weekly reservations increased over 9,000%. The team now have reservations in 52 countries around the world, with India being the largest source of reservations outside the US.