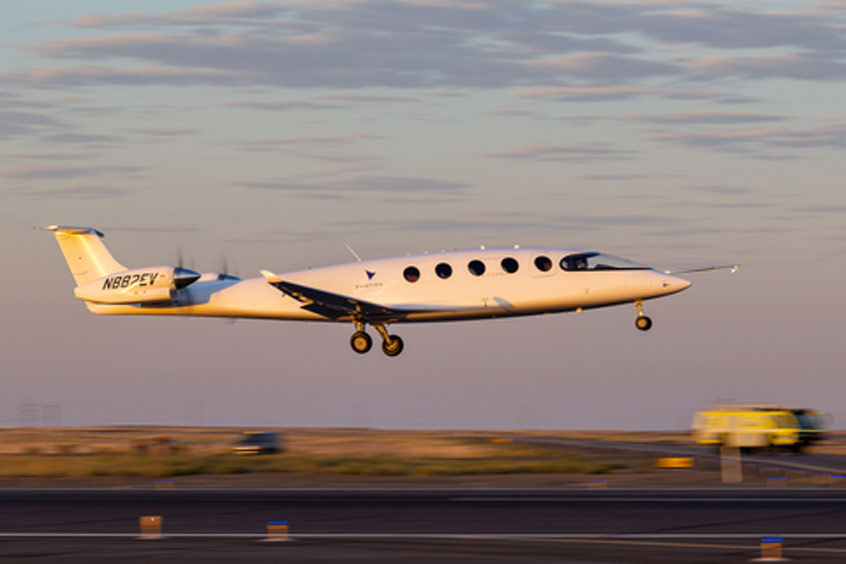 Helmed by Eviation Test Pilot Steve Crane, Alice took off from Grant County International Airport in Moses Lake at 7:10 am PDT, climbed out to 3,500 feet and spent eight minutes in the air.

In addition to eliminating source carbon emissions, Eviation's Alice aircraft can accommodate nine passengers and two pilots and is intended to offer reduced maintenance and operational costs for airlines while providing a smooth and quiet cabin experience for customers.

Hydraulic powerpacks: For steering and braking systems, these miniature hydraulic systems provide efficient power that is localized. These include reliable, proven components such as accumulators and hydraulic hose assemblies.

Vibration and noise mitigation: Engine and inverter mounts for a hushed cabin environment.

Parker Aerospace and Eviation are presently in the design and certification phase, working toward the production and flight certification of the aircraft.