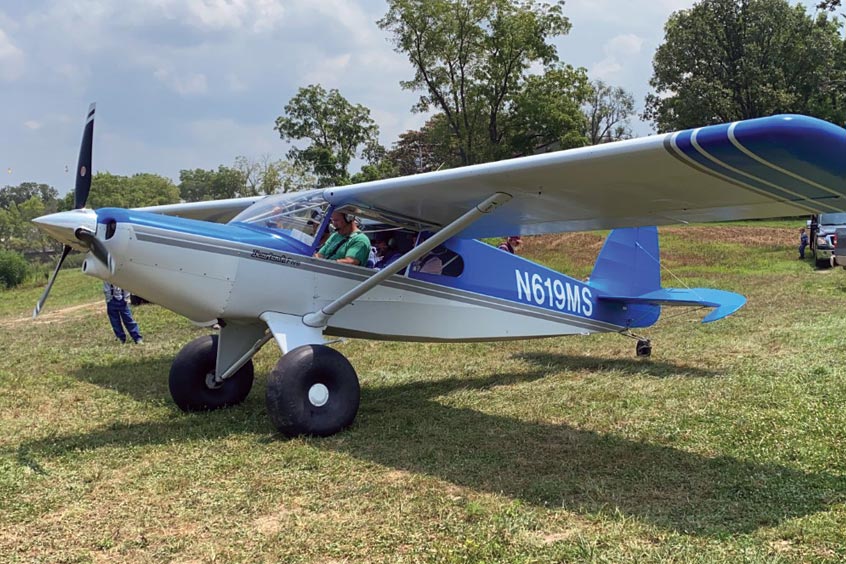 Bearhawk Aircraft announced today the first flight of the first kit-built Bearhawk Model 5 aircraft. The new Bearhawk 5 is a 6-Place design that performs exceptionally well on unimproved runways and in backcountry settings. Built originally for heavy hauling and bulky loads Bearhawk aircraft are known for their performance and strength.

A powerful and responsive new model, the aircraft performed as expected according to Rollie Van Dorn who flew the required first 25 hours in the first kit-built Bearhawk 5. Van Dorn is a commercial airline pilot and has previously flown numerous other Bearhawk aircraft including the Model 5 prototype. He commented on the required flight regiment, “When maneuvering, the larger Model 5 feels the same as the Patrol [2-Place tandem model]. Ailerons actually feel lighter. I expected this build to perform exactly the same as the prototype, and it did without exception.”

Van Dorn said he flew 8.7 hours one day, making over 20 landings in the new aircraft. Too busy himself during the required 25 hours of local flying, he monitored speed and power. At 8,500 feet, the aircraft indicated 142 knots at 24-square. He also noted altitude was easily maintained with reduced power and fuel consumption was between 11.0–15.7 gallons-per-hour. In pitching up the aircraft exhibited gentle manners, also when maneuvering in steep turns. Van Dorn added, “The Model 5 lands nicely and goes really fast.” With the intake oriented forward, ram airflow helps improve fuel servo performance. “I was able to skywrite and view BEARHAWK on my G3X and ADS-B displays. This made the time go by faster but also heightened my appreciation for the Model 5's agile flying qualities.”

The Bearhawk Model 5 was designed to use Lycoming engines from 250–315 horsepower. While the prototype used a 315-hp IO-580, this first kit completion used a 300-hp angle-valve IO-540. It swings a Hartzell 3-blade propeller (82” diameter, carbon fiber). Both engines give a power-to-weight ratio equivalent to the most powerful competition acrobatic planes; this makes for spectacular takeoff and climb. Van Dorn noted that the Model 5 really pushes you back in your seat and blasts off the ground in a short distance.

The Bearhawk Model 5 (designating fifth in the series) retains the classic styling of previous Bearhawks. The familiar high-wing design with conventional gear performs safely and predictably, especially on unpaved surfaces. The most notable change from the original 4-Place is that the Model 5 is bigger, seating up to six. The two largest Bearhawk models might be compared to the Cessna 180, a 4-place aircraft, and the Cessna 185 six-seater. However, the Bearhawk is lighter and stronger, and can haul more with easy access through its large cargo door.

Differences between the 4-Place and Model 5 are few, including a 2-inch wider and noticeably longer fuselage supplying extra interior volume. The Model 5's fuselage is of welded 4130 tubing with a lower part count and weight. Both models are fabric covered with all aluminum wings and spars. Skins are .025/.032 on a Riblet airfoil—which Bob Barrows had design input on with Harry Riblet—common on all Bearhawk designs and optimized for both higher speeds and low speed handling.