Navigate directly to favourite company, aircraft and sector pages with our tracker feature.
Dufour completes first phase of VTOL flight testing
Canadair blazed the trail with its CL-84 "Dynavert" in the 1960s, and now a Swiss company is hoping to bring the tilt-wing concept to market. The aEro 2 has been performing well in testing. 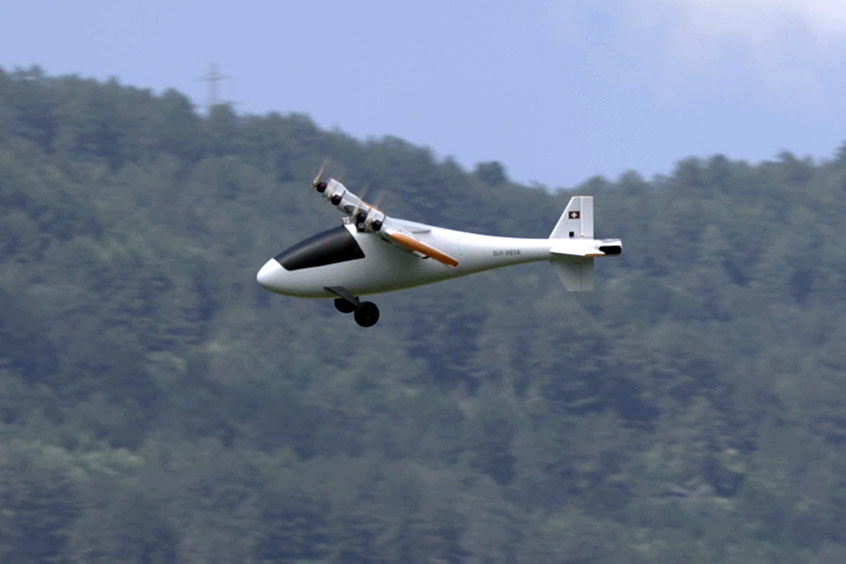 Dufour’s latest demonstrator has completed its first phase of flight testing. It is planned to develop the program into a proposed aEro 3 model for production.

Dufour has completed the first phase of flight testing of its VTOL technology demonstrator aircraft. Over the course of 550 test flights, expanding the flight envelope incrementally, it has demonstrated a high degree of stability and control in all conditions, including transitions from hover to cruise and back again.

Inspired by Canadair's pioneering work fifty years ago with the CL-84, the company's research has shown that tilt-wing convertible aircraft offer a high degree of safety and efficiency.

Felix Rubin, lead engineer for aerodynamics, comments, "At larger scales, slipstream airflows over tilting wings become more turbulent and harder to predict, and care is needed to ensure that the aircraft remains stable during transition. With this large-scale unmanned aircraft, we've now been able to demonstrate that we can achieve that stability at high Reynolds numbers."

Jasmine Kent, CTO, comments, "From our simulations, we expected that our proprietary tilt-wing control system, developed over the last two years in collaboration with ETH Zurich, would perform well. But it's encouraging to see that its performance and stability exceeded our expectations."

Thomas Pfammatter, CEO, adds, "I'm proud that the team has been able to build on the electric propulsion technology and flight test processes we pioneered with aEro 1. We now have solid experience with both manned electric fixed-wing and eVTOL technology. As a helicopter rescue pilot, I'm looking forward to bringing these together."