Navigate directly to favourite company, aircraft and sector pages with our tracker feature.
Discovery boosts fracture toughness of silicon carbide
Russian scientists believe that their latest innovation will expand the scope of silicon carbide application as a structural and refractory material, including for aircraft construction. 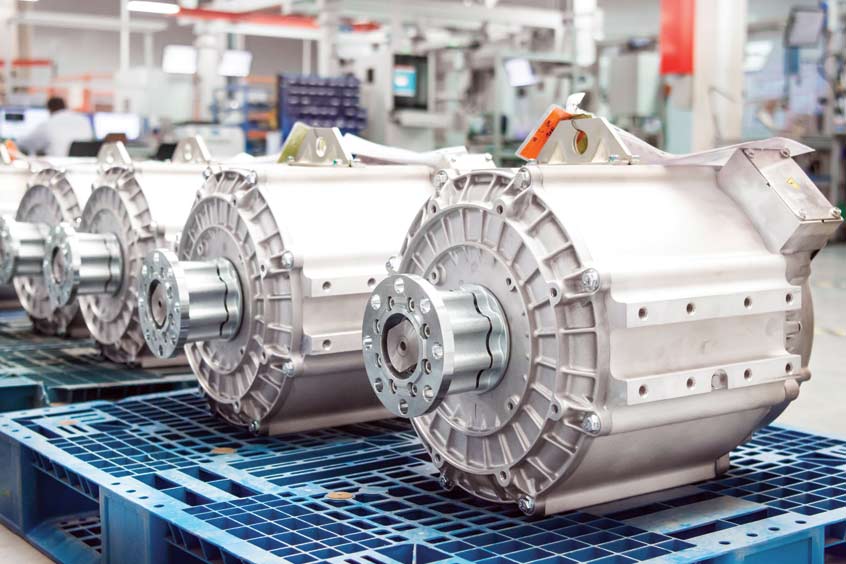 Silicon carbide is used in the manufacture of turbine blades and parts for internal combustion engines. (Photo: NUST MISiS)

Scientists from NUST MISIS have found a way to increase the fracture toughness of silicon carbide, a promising structural material for the production of refractory parts, by 1.5 times. Such results were achieved due to the formation of reinforcing nanofibres in the structure. In the future, the technology will expand the scope of silicon carbide application as a structural and refractory material, including for aircraft construction. Articles about the development have been published in Ceramics International and Materials.

The global silicon carbide market as of 2019 is estimated at $2.58 billion and is projected to grow by 16% per year. Silicon carbide is rarely found in nature; therefore, this promising material is synthesised artificially.

Silicon carbide is increasingly used in various industries as a semiconductor, construction material, abrasive and refractory material. For example, its use for the manufacture of turbine blades and parts for internal combustion engines would significantly raise the operating temperatures in engines and significantly increase their characteristics: power, tractive power, efficiency, environmental friendliness, etc. Also, silicon carbide ceramics produced from cheap feldspar and quartz sand can successfully replace parts from alloys containing scarce cobalt, nickel, and chromium, which are used in motor engineering.

The key problem of silicon carbide ceramics is that it works well in compression, but is very sensitive to structural defects and therefore often has low tensile and bending strengths, as well as low crack resistance.

Scientists from NUST MISIS have found a way to improve sintering ability and increase the flexural strength and fracture toughness of silicon carbide ceramics by forming reinforcing nanofibres in it using the technology of self-propagating high-temperature synthesis. The synthesis has been carried out at several stages. First, powders of silicon, carbon, as well as tantalum and PTFE have been mixed in a planetary mill, then the resulting mixture has been burned in a reactor. Nanofibres have been formed during the combustion process. At the last stage, the product has been sintered in a vacuum oven.

"Thanks to the effect of the combined addition of tantalum and PTFE, we were able to synthesise a material with a silicon carbide matrix reinforced with silicon carbide nanofibres. These nanofibres activate the sintering of the ceramic and increase the sintered material strength characteristics since they serve as a barrier to fracture propagation" says the main author, Dr. Stepan Vorotilo from SHS Center in NUST MISIS.

Nanofibres decreased the required sintering temperature and duration from multiple hours at 1800-2000°C to 60 min at 1450°C.

Scientists plan to continue work on increasing the fracture toughness and strength of the material. The combination of good mechanical characteristics and cost-effectiveness of the production process will expand the scope of silicon carbide application as a structural and refractory material.