Navigate directly to favourite company, aircraft and sector pages with our tracker feature.
Hungary to host production of upgraded Ilyushin Il-103
The Il-103 project is intended to be just the first example of the export of Russian aircraft-building technologies to a European country, allowing aircraft to enter new markets with improved models. 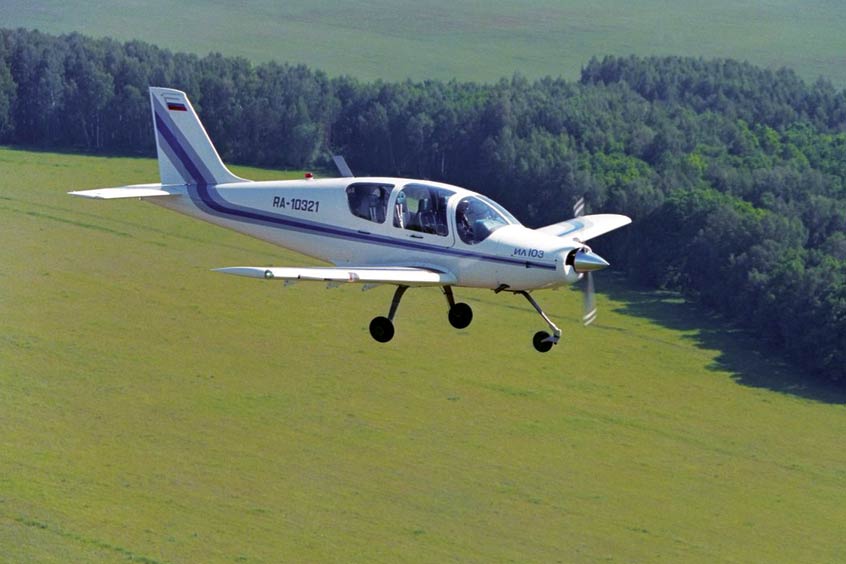 Ilyushin, part of the United Aircraft Corporation, and the Hungarian company Aviation Engineering Zrt, a subsidiary of Magnus Aircraft Zrt. have signed an agreement for the modernisation and licensed production of the Il-103 aircraft in Hungary.

The parties have agreed to work together to develop and manufacture an improved version of the Il-103 light multipurpose aircraft at the Aviation Engineering Zrt. in Pec.

The updated Il-103 will be a modernised version of the previously operated four-seat single-engine piston passenger aircraft. It combines high aerodynamic characteristics, a comfortable spacious cabin, a reliable engine and modern avionics. The aircraft can be operated in any climatic conditions, including on short and unpaved runways. The possibility of hangar-free storage is provided.

As part of the contract, it is planned to digitise the existing design documentation and modernise the aircraft necessary for a successful entry into the general aviation market. Based on the results of ground and flight tests of the upgraded version of the Il-103 aircraft, it is planned to issue a major change to the existing type certificates.

"Cooperation with Hungarian partners is a good opportunity for us to expand the range of projects and effectively use the existing technological reserve of the Ilyushin Design Bureau. This is a new interesting format for interaction with European colleagues, which will ensure the development of competencies. Our specialists are ready to provide all the necessary assistance in the implementation of the project," says Sergei Yarkovoy, the first deputy general director of the UAC and managing director of Ilyushin.

The modernised IL-103 will be a universal platform, on the basis of which various versions of the aircraft can be produced at the request of the customer: training aircraft, aircraft for private use and tourism, transportation of those in need of emergency medical care, transportation of passengers and small cargoes to hard-to-reach regions, environmental monitoring, patrolling, agriculture.

"The agreement signed today is evidence that Russian aviation technologies and developments are in demand in the foreign market, even in such a complex and highly competitive market as the European one. We are glad to offer Russian developments to our Hungarian partners for further promotion to other regions. The demand for aircraft of this class is stable in the world," says Bocharov.

In turn, Vida commented on the current stage of business relations between the two countries: "More and more Hungarian companies are interested in locating their production in Russia. Russian manufacturers are also showing increasing interest in locating their businesses in Hungary. For them, this means gaining access to the EU market. The Hungarian government is promoting this process in every possible way through investment incentives and continuous improvement of the business environment. "