Navigate directly to favourite company, aircraft and sector pages with our tracker feature.
GE gains additive engine part approval in under a year
The ability to additively manufacture an aircraft engine part and gain military airworthiness is a significant step forward in growing the adoption of additive manufacturing, says the USAF. 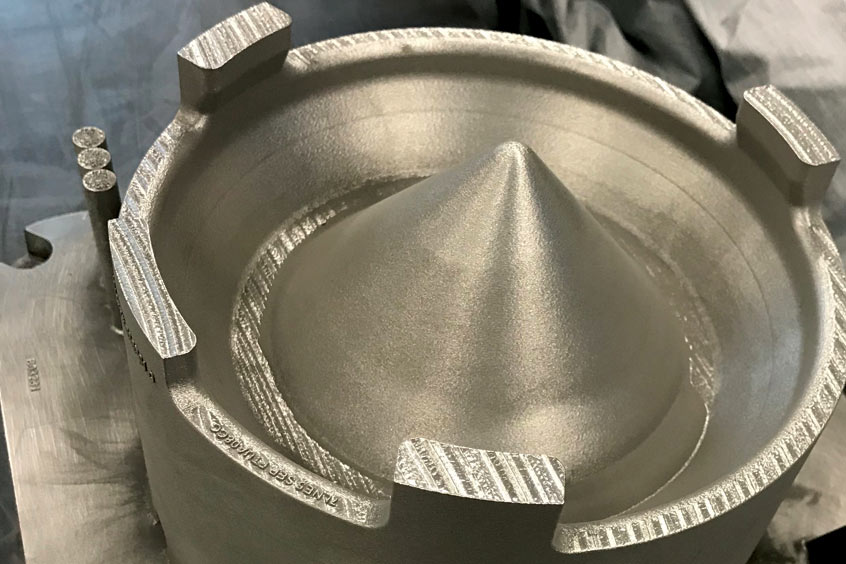 GE Aviation has received Engineering Change Proposal (ECP) approval from the US Air Force (USAF) for an F110 additively manufactured sump cover. The latest milestone in the USAF and GE's pathfinder Pacer Edge program, this F110 component is the first engine component designed for and produced by metal additive manufacturing to be qualified by any US Department of Defense entity.

"The Chief of Staff of the Air Force, General Charles Q. Brown, Jr., has challenged us to 'accelerate change or lose.' The entire Pacer Edge process is built around the 'accelerate change' philosophy, and the speed of the F110 sump cover development and airworthiness approval is evidence of that. The capability that Pacer Edge is demonstrating and proving will be a game changer to engine production and sustainment and will resolve many future Air Force readiness challenges," says John Sneden, director of the USAF's Directorate of Propulsion.