Navigate directly to favourite company, aircraft and sector pages with our tracker feature.
HyPoint develops next generation hydrogen fuel cells
HyPoint and Piasecki are working together to develop the world's first manned hydrogen-powered helicopter. Testing shows that HyPoint's fuel system can achieve up to 2,000 watts per kg of specific power. 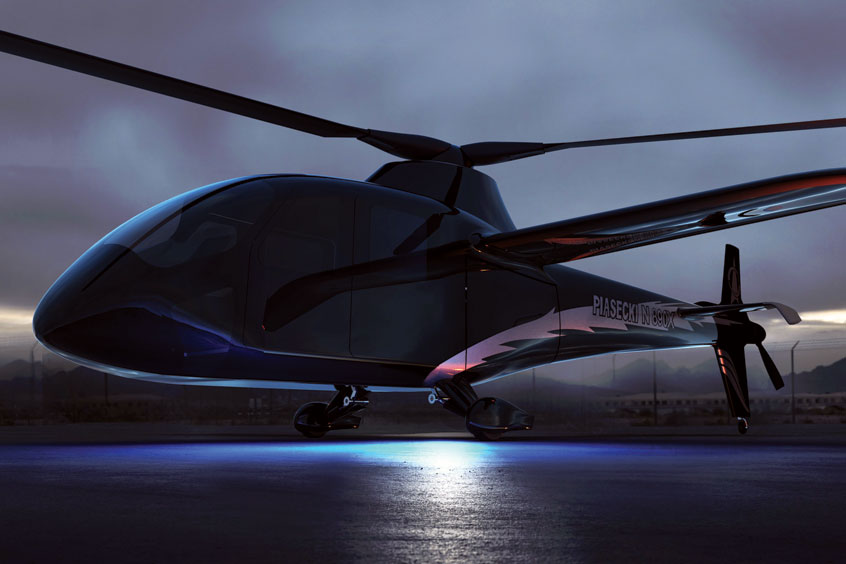 The partnership's objective is to deliver a customisable, FAA-certified, zero carbon-emission hydrogen fuel cell system to the global eVTOL marketplace. The system should offer eVTOL makers four times the energy density of existing lithium-ion batteries; twice the specific power of existing hydrogen fuel cell systems; and up to a 50% reduction in direct operating costs relative to turbine-powered rotorcraft.

"We are laser-focused on the development and qualification of a 650kW system for our PA-890 eVTOL compound helicopter. Success will pave the way for collaboration with other eVTOL OEMs with different platform sizes to ensure broad application of this technology," says John Piasecki, president and CEO of Piasecki.

The global eVTOL market size is forecasted to grow from an estimated $74 million in 2025 to $860 million by 2030, according to new market research. HyPoint says that in the first few months of 2021 alone, $5 billion of investments were announced in the sector to eVTOL developers Archer Aviation, Eve, Joby Aviation, Lilium and Vertical Aerospace. In January 2020, the Federal Aviation Administration (FAA) announced that it was engaged with manufacturers of more than 15 eVTOL aircraft.

"The much-anticipated arrival of eVTOLs and similar aircraft has been severely hindered by the technical limitations of existing power systems," says Dr. Alex Ivanenko, founder and CEO of HyPoint. "This new strategic partnership will dramatically accelerate delivery timelines by equipping eVTOL manufacturers with next-generation hydrogen fuel cell systems that meet their unique needs. Together, HyPoint and Piasecki will work to grow the emerging eVTOL market by delivering a certified multiplatform solution for eVTOL makers."