Navigate directly to favourite company, aircraft and sector pages with our tracker feature.
ZeroAvia collaborates with Alaska Air to develop hydrogen powertrain
Alaska and ZeroAvia engineers will work together to scale the existing powertrain to produce the ZA2000, an engine it says is capable of producing between 2,000 and 5,000 kilowatts for a 500-mile range. 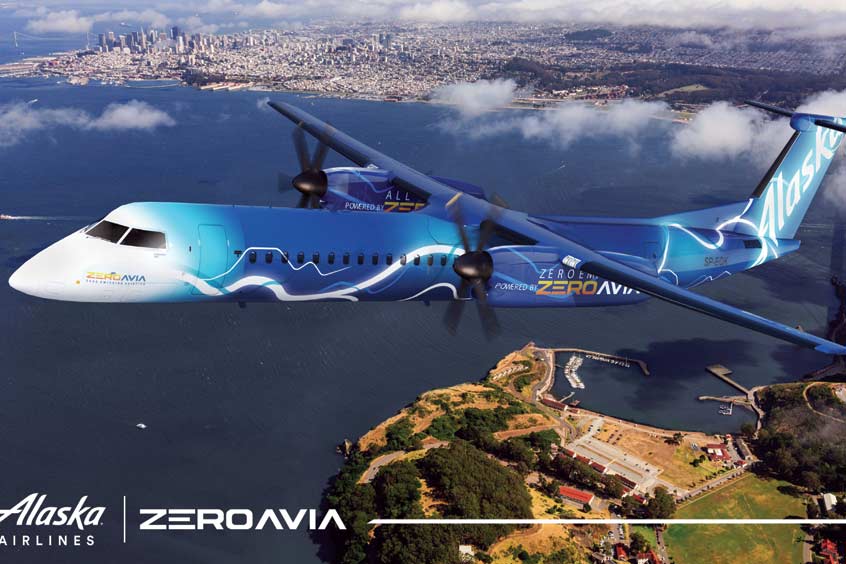 Alaska has secured options for up to 50 kits to begin converting its regional aircraft to hydrogen-electric power through ZeroAvia's zero-emission powertrain. 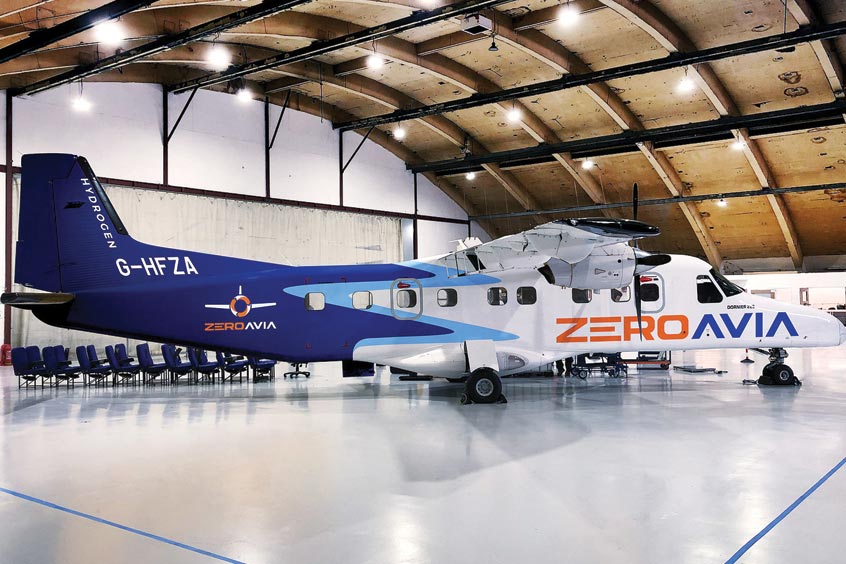 ZeroAvia has announced a development collaboration with Alaska Air Group, parent company of Alaska Airlines, for a hydrogen-electric powertrain capable of flying 76-seat regional aircraft in excess of 500nm. Alaska joins the list of investors in ZeroAvia, which includes Amazon Climate Pledge Fund and Bill Gates's Breakthrough Energy Ventures. In addition, a 19-seat Dornier 228 currently under development by ZeroAvia is to fly, eventually, entirely on hydrogen. The company intends to achieve a hydrogen-powered commercial flight in 2024.

Alaska and ZeroAvia engineers will work together to scale the existing powertrain to produce the ZA2000, an engine it says is capable of producing between 2,000 and 5,000 kilowatts of power with a 500 nautical mile range. The partnership will initially deploy ZeroAvia's hydrogen-electric propulsion technology into a full-size De Havilland Q400 aircraft. It will work closely with aircraft regulators during this project to ensure the aircraft meets both safety and operational requirements and it will set up a location in the Seattle area to support this initiative.

Alaska has secured options for up to 50 kits to begin converting its regional aircraft to hydrogen-electric power through ZeroAvia's zero-emission powertrain, starting with the Q400 aircraft. The zero-emission aviation rollout will be supported by the ground fuel production and dispensing infrastructure from ZeroAvia and its infrastructure partners such as Shell.

“Alaska is committed to creating a sustainable future for aviation, working on all aspects of a five-part path toward our goal of net zero by 2040,” says Diana Birkett Rakow, vice president of public affairs and sustainability for Alaska Airlines. “We are honoured to partner with ZeroAvia's innovative and forward-thinking team, to support their progress developing zero-emissions aviation and to collaborate for real-world hydrogen aviation success.”

“The aviation industry is one of the hardest industries to decarbonise; however with this collaboration we are one step closer to achieving our goal of making our skies emission-free,” adds Val Miftakhov, CEO and founder of ZeroAvia.

Recently ZeroAvia successfully ground-tested its 600kW powertrain capable of flying airframes 10-20 seats in size 500 miles. It is preparing a 19-seat aircraft for flight testing at Cotswold airport in the UK and is moving to full-size prototype manufacturing of its 2,000 kW engine for demonstrations in 2022.

The hydrogen-electric powertrain in development will use hydrogen fuel cells to power electric motors. Hydrogen-electric propulsion will have the additional benefit of lower operating costs, making routes more attractive to airlines, airports and passengers. ZeroAvia is initially targeting a 500 mile range, and has already secured experimental certificates for two prototype aircraft from the CAA and FAA.

Progress is spurred on by a partnership with Dutch airport operator Royal Schiphol Group, Rotterdam The Hague Innovation Airport Foundation and the airport itself. The companies will set a solid timeline for the launch of the first zero emission commercial passenger flights between the UK and the Netherlands. ZeroAvia and Royal Schiphol Group are in talks with airlines to agree on an operator for the planned route, and will collaborate on testing and demonstrating hydrogen supply chain refuelling operations and integration with airport operations.

The two companies will focus on ensuring the pathway for commercially adopting hydrogen-electric aviation, including establishing the right regulatory framework and understanding industry and public appetite for zero emissions flight powered by hydrogen.

Head of Europe Sergey Kiselev says: “This deal means that, in just three years' time, you should be able to board a flight and make the hour’s journey between the UK and the Netherlands without worrying about the impact on the climate. Working with partners like Royal Schiphol Group, we are making true zero emission flights a reality for passengers in the first half of this decade.”

ZeroAvia recently established a legal entity in the Netherlands to enable it to create opportunities for commercialisation and partnership with airports, airframe manufacturers and/or airlines within the Netherlands and wider European Union.

Rotterdam the Hague airport CEO Ron Louwerse says: “Boarding a zero emission flight from Rotterdam to London is only the beginning of green aviation, and that will only be made possible by pioneering and promoting innovation in the sector. With the Netherlands as the testing ground for aviation, we strengthen our competitive position, knowledge base and business climate.”