Navigate directly to favourite company, aircraft and sector pages with our tracker feature.
First modernised Tu-160M makes maiden flight
More than 40 per cent of the shop equipment was updated and modernised at the Kazan Aviation Plant, and a significant part of the team underwent additional training, to enable Tu-160 production to resume. 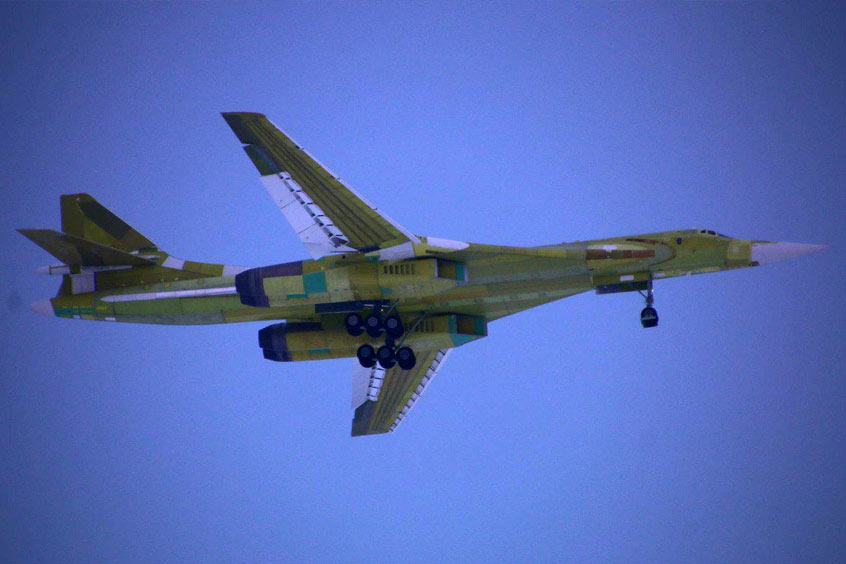 The first newly manufactured strategic missile carrier Tu-160M has made its maiden flight from the airfield of the Kazan Aviation Plant - Tupolev branch. The flight took place at an altitude of 600 metres and lasted 30 minutes, and involved manoeuvres to check the stability and controllability of the aircraft in the air.

As part of the implementation of the program under the state contract between the Ministry of Industry and Trade of Russia and Tupolev, the design documentation for the Tu-160M aircraft has been fully digitised in a short time, the vacuum welding technology for titanium products has been restored, the production of airframe units has been resumed, a new cooperation has been formed from leading industrial enterprises in the field of metallurgy, aircraft construction, mechanical engineering and instrument making, the main part of which is part of the State Corporation Rostec.

Denis Manturov, Minister of Industry and Trade of the Russian Federation, says: "We have restored the full production cycle of the Tu-160, but already in the M modification, using modernised engines, modernised aircraft control systems, navigation systems, and weapons control systems. The modernisation of the Kazan Aviation Plant played an important role in restoring the production of unique aircraft: the equipment of the shops, the flight test base was updated, the world's largest installation for electron beam welding and vacuum annealing of titanium was put into operation. Today we see significant prospects for the Tu-160 platform: further development will make it possible to use it for new types of weapons, including promising ones."

The aircraft retains its appearance, but is created on a completely new technological base using digital technologies.

"The Tu-160 is one of the largest and most high-tech projects in the aviation industry. The implementation of this program required not only the renovation of production facilities, but also the creation of a fundamentally new digital environment for working on the project. A number of aircraft design bureaus participated in the preparation of digital documentation for the project. The fundamental importance of today's event is that the new machine has been completely rebuilt from scratch," adds UAC General Director Yuri Slyusar. "The systems and equipment in the new car have been updated and modernised by 80 per cent."

"Within the framework of the program, more than 40 per cent of the shop equipment was updated and modernised at the Kazan Aviation Plant, a significant part of the team underwent additional training. For Tupolev, the reproduction of the Tu-160 is a major project, which means not only updating the material and technical base and restoring key competencies, but also reaching a new level of possibilities for the design and serial production of the most complex and advanced aircraft complexes," says managing director of Tupolev Vadim Korolev.