Navigate directly to favourite company, aircraft and sector pages with our tracker feature.
Northern exposure is completed for Korea's LAH
During two months in the biting cold of northern Canada KAI tested 165 items on its light armed helicopter. Performance, vibration, and load by exposure to cryogenic temperatures all came under scrutiny. 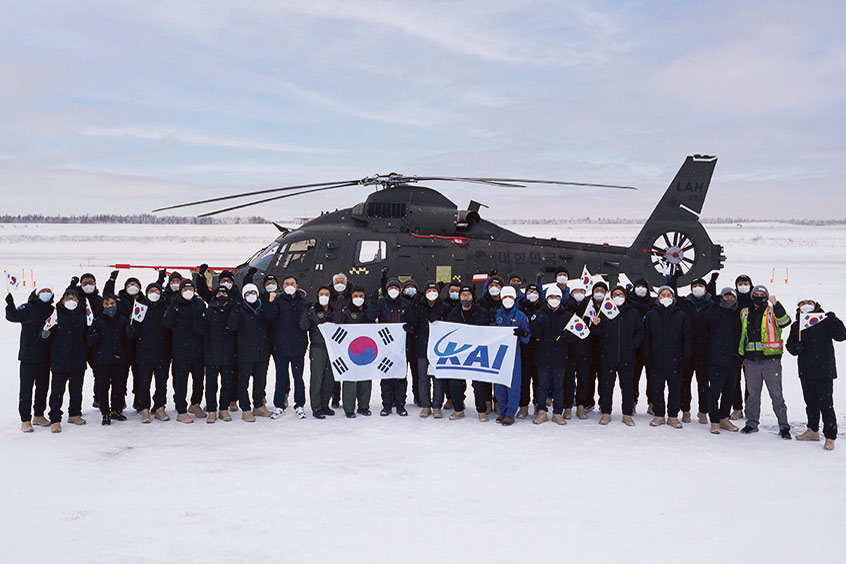 The team celebrates the conclusion of low-temperature testing. 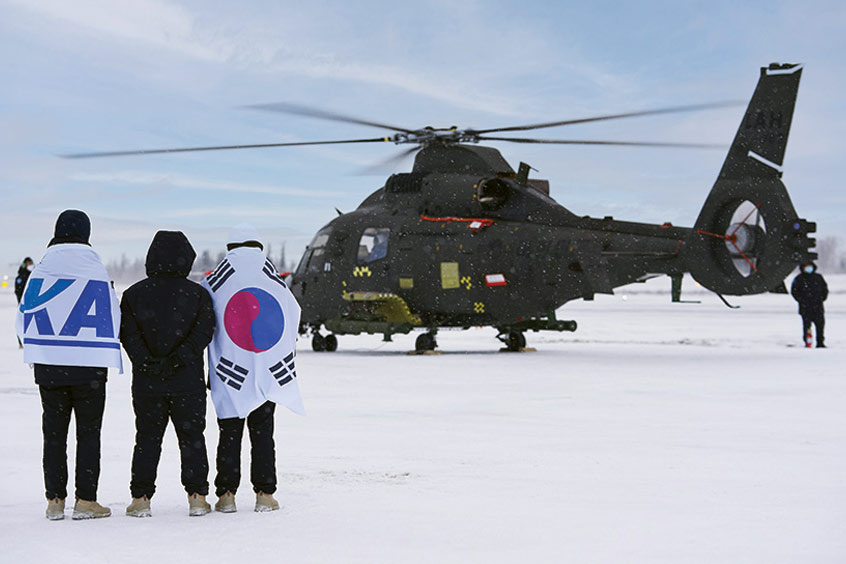 Yellowknife is the closest Canadian city to the North Pole. 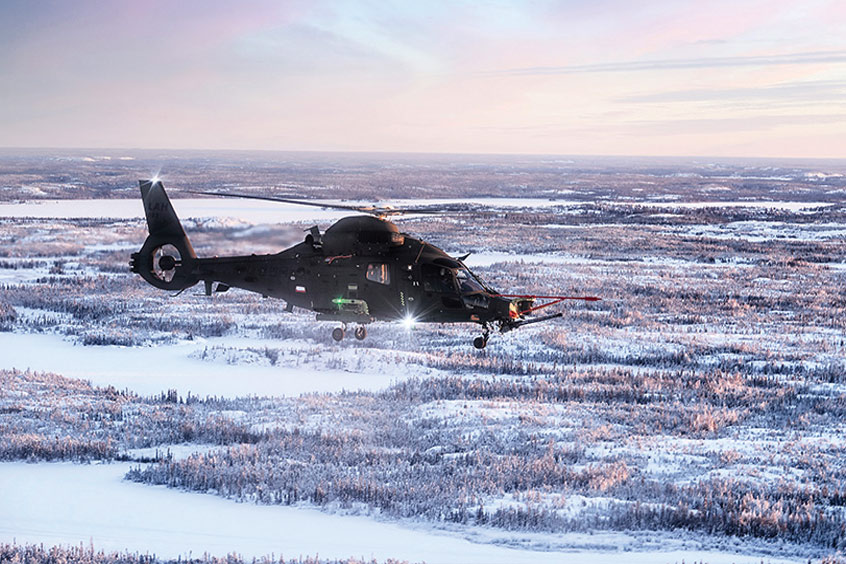 Tests checked aircraft manoeuvrability characteristics such as performance, vibration, and load by exposure to cryogenic temperatures for a long period of time. 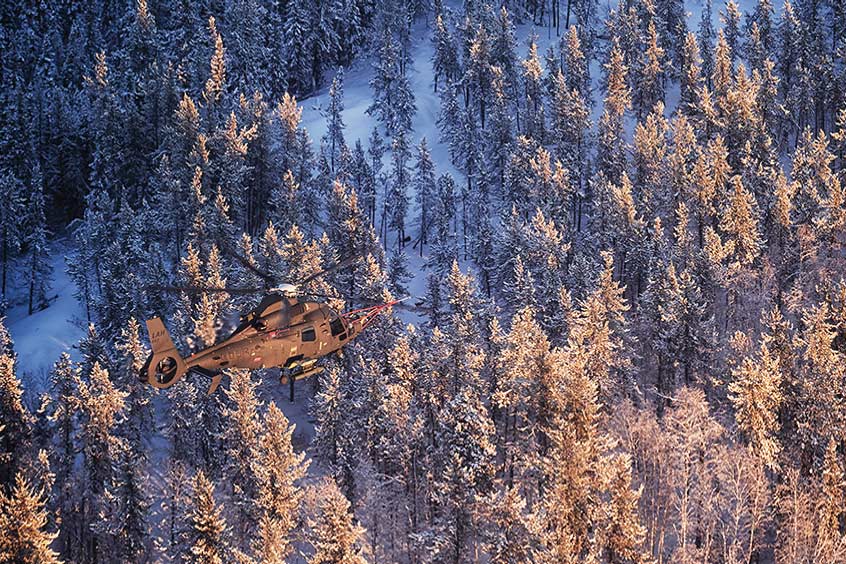 The low-temperature flight test is to confirm the performance and stability of the aircraft in a cryogenic environment below -30 degrees Celsius.

The test started in Yellowknife, Canada in early December and lasted for about two months, with the participation of the KAI LAH system low temperature test TF, the DAPA, the Army Test and Evaluation Group and Airworthiness Certification Office, and the Defense Science Research Institute.

Yellowknife is the closest Canadian city to the North Pole and is known as the best place for low-temperature testing as the average winter temperature is below -30 degrees Celsius.

Military helicopters are essential for field operation even in extreme environments, and verification is required to maintain mission performance and survivability in various environments.

LAH has proven that it can exhibit flight performance even in low-temperature environments by checking aircraft manoeuvrability characteristics such as performance, vibration, and load by exposure to cryogenic temperatures for a long period of time.

The test was conducted over 40 flights in total, and about 165 items were tested. In particular, the soaking test was successfully completed by exposing the aircraft to -32°C for 12 hours and verifying its operational capability.

Surion, a mobile helicopter operated by the Army, also succeeded in a low-temperature flight test abroad for the first time in Korea in Alaska, USA in 2013.

Insoo Park, managing director of LAH System Low Temperature Test TF, says, "Even in the extreme environment below -30 degrees Celsius, we have completed the flight test with the heart of being a national representative."

The LAH's main missions include reconnaissance, cover, and attack on tanks and armoured vehicles of the Army's air assault units. Its development began in June 2015 to replace the AH-1S Cobra attack helicopter and 500MD TOW helicopter in service with Army Aviation.

In December 2018, about three years and six months after development began, the first prototype was unveiled, and in December 2020, it received a provisional judgment of suitability for combat. It is aiming to complete the LAH follow-up test evaluation in the first half of this year and obtain a judgment of suitability for combat in the second half of this year.

In addition to the development and mass production of Surion and LAH, KAI is promoting the localisation of the power transmission system, the core technology of helicopters. Based on this, it will also challenge the next-generation mobile helicopter business.

In addition, the company plans to expand its business by building a man and woman complex (MUM-T), called a game changer in the future battlefield, in the Surion and LAH domestic helicopters.