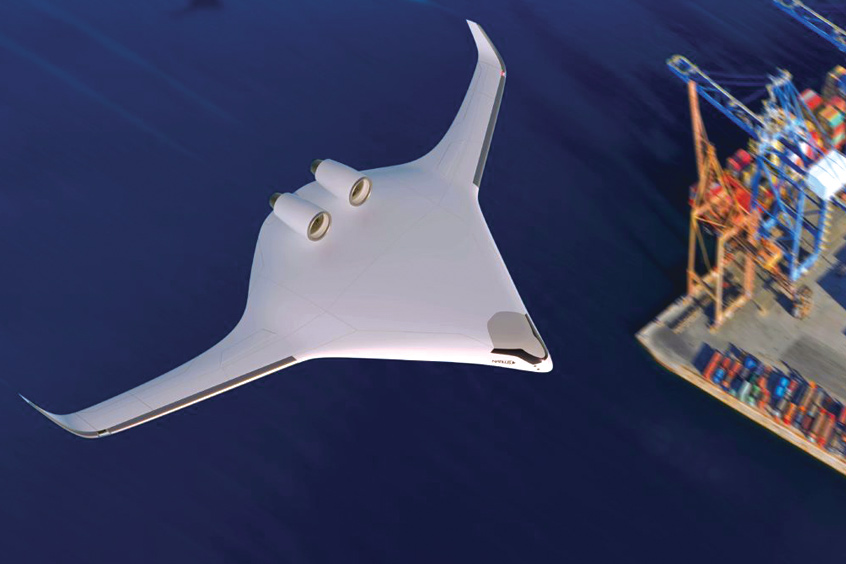 Natilus, Inc. has contracted with Collins Aerospace to build specialised cargo loading systems for its family of UAV cargo aircraft under development, which have attracted more than $6 billion in pre-orders.

The company reports that the design of the Natilus 3.8T is complete and it has undergone initial wind tunnel testing. Natilus has also initiated production of the vertical tails.

"Collins Aerospace is a global leader in the design, manufacture and certification of advanced cargo handling systems for commercial aircraft," says Alison Davidson, vice president and general manager, Cargo/Hoist and Winch for Collins Aerospace. "For the Natilus family of aircraft, we're adapting proven cargo handling designs with millions of flight hours in service to create a new system that efficiently uses the additional space of the Natilus blended wing design to maximise cargo capacity."

The Natilus contract with Collins is instrumental in creating efficiencies of operation, including increasing aircraft cargo volume. Collins is designing a specialised Cargo Loading System for the Natilus 3.8T prototype with rolling ball mats, attachments, and standard flip-up latches and will accommodate LD3-New and LD3-45 containers and bulk loads.

Natilus is offering a family of autonomous cargo aircraft with greater efficiency and cost-savings by innovating the design of freight transport aircraft to increase cargo volume by 60%. This will lower the cost of freight operations by 60% and cut carbon emissions in half.

"Currently, 90% of all goods are transported worldwide via shipping, but 90% of all 'value goods' are shipped through air freight – just because of current capacity and cost," explains Aleksey Matyushev, CEO and co-founder of Natilus. "Our goal is to dramatically change this equation through efficiencies of design and operations to make air freight more competitive to capture market share. Our new contract with Collins brings us another step closer to entering the cargo aircraft manufacturing market."

Flights are scheduled to begin in 2023.