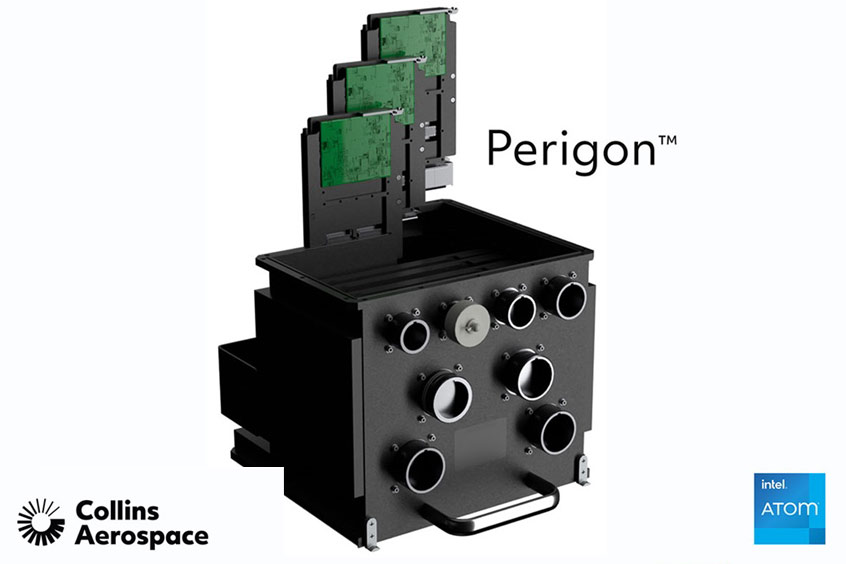 The Atom x6400E delivers some of the highest processing power per watt of any processor on the market.

Collins Aerospace's Perigon computer is to be the first certified aviation solution to use the Intel Atom x6400E processor. The advanced processor will underpin Perigon's ability to support customers' next-gen flight control and vehicle management needs across a broad range of commercial and defense platforms.

To bring advanced capabilities like single pilot and autonomous operations to life, future aircraft will require an order of magnitude increase in onboard computing power. Supported by Intel's Atom x6400E, Perigon will deliver 20 times the processing power of Collins' existing flight control computers and allow customers to load a variety of complex software applications, including fly-by-wire and autonomous flight control.

In addition, since the Atom x6400E delivers some of the highest processing power per watt of any processor on the market, it will strengthen Perigon's ability to operate in harsh aircraft thermal environments by minimizing its power consumption and heat generation. The Intel Airworthiness Evidence Package will also help make Perigon FAA certifiable to facilitate aircraft level certification.

“We're pleased to expand our longstanding relationship with Collins, as we work together to enable and simplify the certification of safety-critical aviation systems,” adds Tony Franklin, GM of the Federal and Aerospace Division for Intel Corporation. “The Atom x6400E's enhanced computing capabilities with Intel's Airworthiness Evidence Package will play an integral role in enabling Perigon's support of flight safety and time-critical applications for the next generation of aircraft, allowing customers to modernise their flight control and vehicle management for today's and tomorrow's aviation applications.”

Perigon will enable customers to meet the flight computing requirements of tomorrow - with broad potential applications from commercial air transport, to sixth-gen fighters, to the U.S. Army's Future Vertical Lift program, to aerial firefighting. Depending on the customer's needs, Perigon can be configured as simplex, duplex or triplex redundant, and will be available for commercial or military rotary and fixed wing platforms.