Navigate directly to favourite company, aircraft and sector pages with our tracker feature.
Draper delivers GNC flight software for Talon-A hypersonic vehicle
GNC software commissioned from Draper in 2020 has now been installed on the Talon-A. Draper has long experience, having worked on the Apollo program, Space Shuttle missions and the International Space Station. 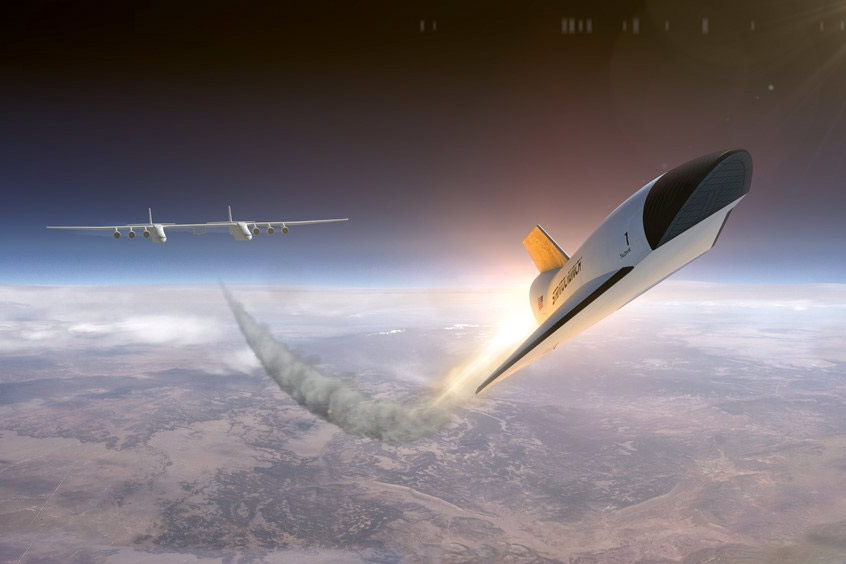 Stratolaunch is equipping its Talon-A hypersonic test vehicle with flight software developed by Draper. Under a multi-year contract, Draper designed, developed, tested and delivered the guidance, navigation and control (GNC) software that will allow the hypersonic vehicle to operate autonomously.

Development and delivery of the GNC algorithms and flight software are the latest milestone in Draper's capabilities operating in a hypersonic flight envelope.

“Precision guidance and navigation are critical to success and safety in hypersonic flight,” says Ravi Gondhalekar, an aerospace guidance and control research engineer at Draper. “Today, as Stratolaunch builds its next-generation vehicle for hypersonic flight test, it will be guided by flight software developed by Draper.”

Talon-A is a fully reusable, autonomous, rocket-powered Mach 6-class hypersonic vehicle. The vehicle is designed for use by government, including the Department of Defense; the commercial sector; and academia, who will contract for payload capacity to advance hypersonic materials and technologies.

Draper's engineers tapped into tried and tested toolsets and processes for the Stratolaunch development effort. They used a model-based design methodology and, where possible and appropriate, the reuse of algorithms and software from successful predecessor projects, to keep the project on pace to reach its performance and schedule milestones.

“Draper has been a critical member of the Talon-A development team, allowing us to move quickly through the design and manufacturing phases of our initial vehicles with confidence in the GNC software,” says Brandon Wood, Stratolaunch senior director of programs, including Talon-A. “We look forward to exercising the Draper flight control software on our hypersonic test vehicles as we demonstrate their capability.”

The effort benefited from Draper's decades-long experience in space GNC systems that dates to the Apollo program, continued with the Space Shuttle missions and the International Space Station and includes current programs such as Orion and Space Launch System.

Draper secured the multi-year contract to design and deliver the guidance, navigation and control algorithms and flight software for Stratolaunch's Talon-A reusable hypersonic vehicle in October 2020.