Navigate directly to favourite company, aircraft and sector pages with our tracker feature.
Daher plans sustainability for all aspects of production
Aircraft maker Daher is setting up three new innovation centres, called Techcenters, that cover each of its core businesses: aircraft manufacturing, aerospace equipment and logistics. 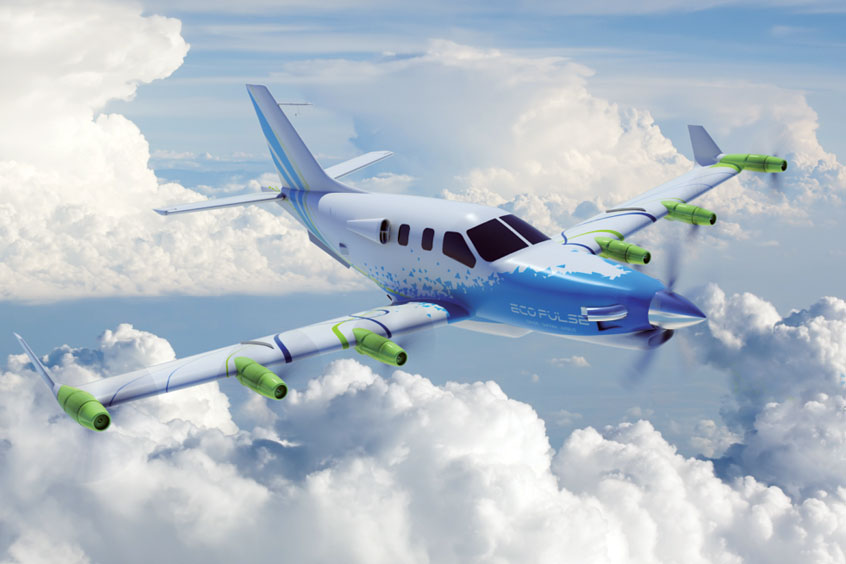 Daher has set out a plan for the future decarbonisation of its aircraft manufacturing activities, including research, development and production.

“In taking bold steps to decarbonise airplanes, we need to evolve the way we build them, applying innovative materials and rethinking their industrialisation, while also decarbonising the entire process that leads to the aircraft manufacturers' assembly lines,” chief executive officer Didier Kayat says.

Among its leading research and development projects is the EcoPulse distributed propulsion hybrid aircraft demonstrator, being developed by Daher, Safran and Airbus with the support of France's CORAC civil aviation research council. Its purpose is to develop the key architectural principles for future hybrid aircraft. This demonstrator uses Daher's TBM 900-series turboprop as the baseline airframe with minimal systems equipment and with its standard propulsion system being augmented by six wing-mounted propellers, each of which are driven by 50kW electric motors.

The demonstrator has been powered up at the Tarbes, France facility of Daher's Aircraft Division in preparation for the initiation of flight evaluations this year. In addition to Daher's role as the aircraft integrator for EcoPulse, the company's responsibilities include flight/airworthiness testing and overall analysis coordination of the test results. Airbus is in charge of developing the high-energy-density 350kW/350kg main battery system, along with aerodynamic and acoustic integration of the distributed-propulsion system, as well as development of a flight control computer. Safran supplies the electric motors and oversees the distributed hybrid-propulsion system's integration.

Kayat says another bold step in Daher's research and development strategy is the company's decision to create three new innovation centres, called Techcenters, that cover each of its core businesses: aircraft manufacturing, aerospace equipment and logistics.

The Aerostructures Techcenter in Nantes, France will accelerate Daher's innovation in composite structural components while reducing their technological maturity lead time. The Aircraft Techcenter at Tarbes is dedicated to the development of the company's aircraft manufacturing core business, and includes materials laboratories, rapid prototyping workshops, and facilities for mechanical engineering testing, systems integration, along with flight test preparation and operation.

“These innovation centres represented a bold decision by Daher, as we launched them while the aviation sector was still facing challenges from the COVID-19 pandemic,” Kayat adds. “They reflect our ambition and commitment to develop increasingly innovative and environmentally responsible solutions, which can further be introduced on Daher's aircraft roadmap.”