Navigate directly to favourite company, aircraft and sector pages with our tracker feature.
P&W teams up with Collins to chart hybrid-electric future
Successfully demonstrated hybrid-electric technology could be implemented in a range of novel applications, including high speed eVTOL, unmanned aerial vehicles, and small to medium sized commercial aircraft. 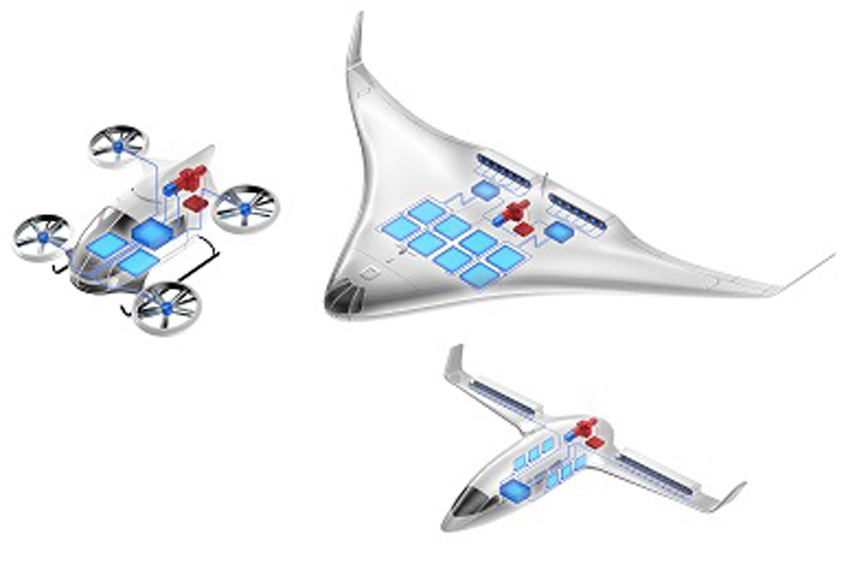 The STEP-Tech demonstrator will be based at the Raytheon Technologies Research Center in East Hartford, CT, and will focus on developing high voltage distributed turboelectric hybrid-electric propulsion concepts in the 100-500kW class, with potential to scale to 1MW and beyond. The modular and scalable nature of the STEP-Tech demonstrator platform enables a wide range of configurations to be rapidly prototyped and demonstrated. Having completed proof of concept studies earlier this year, ground testing with the platform is targeted to commence in late 2022.

“Innovation has always been at the heart of Pratt & Whitney, and we are delighted to expand our work on hybrid-electric technology by leveraging our close collaboration with Collins,” says Geoff Hunt, senior vp, engineering and technology, Pratt & Whitney. “Hybrid-electric offers the potential to not only unlock even greater efficiency in future aircraft, but also support the emergence of a whole new arena of advanced air mobility solutions. Ultimately our continual pursuit of advanced propulsion technologies will help enable aviation's pathway to net zero CO2 emissions by 2050.”

Henry Brooks, president, Power and Controls for Collins Aerospace, adds: “With Pratt and Whitney's track record in aircraft propulsion and Collins' legacy of innovation in electric power systems, we are exceptionally well-positioned to lead the advancement of hybrid-electric technology for the next generation of sustainable aircraft. Our demonstrator programs will help mature technologies and components that can be adapted to a range of different applications, from smaller eVTOLs, to regional turboprops, to single-aisle airliners.”

Existing P&W-Collins collaborations on hybrid-electric technology include the regional aircraft flight demonstrator, based on a De Havilland Canada Dash 8-100 turboprop, and supported by the governments of Canada and Quebec. Hybrid-electric propulsion provides opportunities to optimize engine performance across different phases of flight, enabling greater fuel efficiency and lower CO2 emissions across a range of different aircraft segments. Hybrid-electric technology is also highly scalable, which means that motor components and electric control systems developed as part of the demonstrator announced today may eventually support larger scale applications, including single-aisle commercial aircraft.