Navigate directly to favourite company, aircraft and sector pages with our tracker feature.
West Des Moines expansion boosts Collins' additive manufacturing capacity
Collins' West Des Moines facility is experienced in the design and production of fuel nozzles for commercial and military aircraft. The company will use new machines to expand the portfolio of metals it can use. 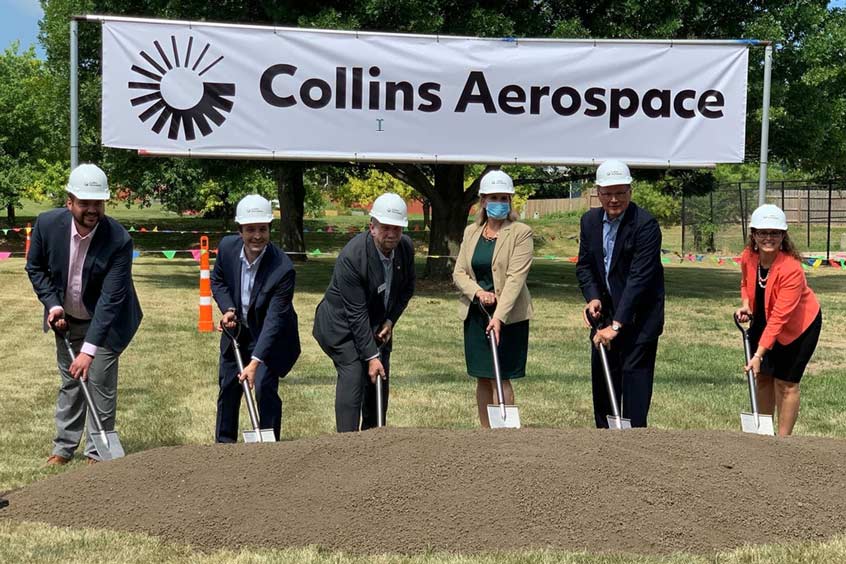 Collins Aerospace has broken ground on a $14 million expansion of its additive manufacturing centre in West Des Moines, Iowa. The 9,000-square-foot expansion will allow Collins to make room for more 3D metal printers, in addition to the three it already has there. The first new printer will have eight times the build volume of the existing printers and Collins expects it to be fully operational in late 2023.

Collins' 41,000-square-foot West Des Moines facility is experienced in the design and production of fuel nozzles for commercial and military aircraft. The company will use the new machines to enhance current production capabilities and expand the portfolio of metals it can use to additively produce engine components at the site.

“With this expansion, we will significantly increase our additive manufacturing capacity and enhance our ability to produce more parts faster for our airframe and engine customers,” says Renee Begley, West Des Moines site lead for Collins Aerospace. “Compared to traditional manufacturing, additive offers several key benefits as the optimized designs not only reduce cost but can also reduce delivery lead times dramatically. Additive also allows us to produce parts that are much lighter, enabling reduced aircraft fuel consumption and reduced carbon emissions - a key to more sustainable flight.”

West Des Moines Mayor Russ Trimble notes that Collins has maintained a presence in West Des Moines in one form or another for 70 years. “It's wonderful to see them reaffirm their commitment to their West Des Moines operation in such an innovative way,” he says.

Additive manufacturing is a critical focus area for Collins. In June, the company opened a new additive manufacturing centre at its campus in Monroe, N.C. To support the next generation of aircraft with state-of-the-art systems, Collins maintains a global network of additive production centres in Iowa, Minnesota, North Carolina and Singapore, and an additive research centre in Connecticut.