Navigate directly to favourite company, aircraft and sector pages with our tracker feature.
Doroni pitches its H1 as the eVTOL for the masses
Doroni's mission is to democratise flight, potentially making it accessible without the need for a pilot's license and years of flight training. The company says the design is sophisticated in its simplicity. 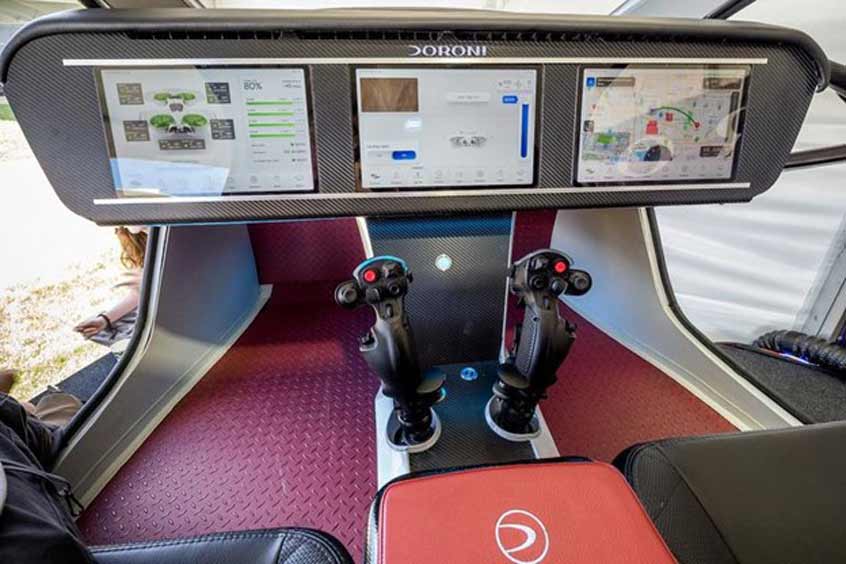 A first look at the Doroni H1 Cockpit and Dashboard Flight & Navigation System. 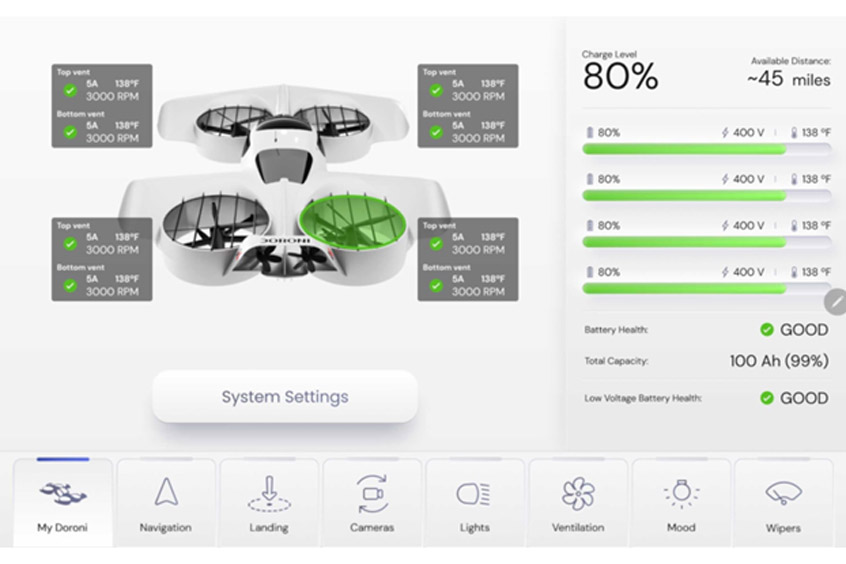 Users can control various aspects of their flight experience via removable displays integrated into the dashboard. 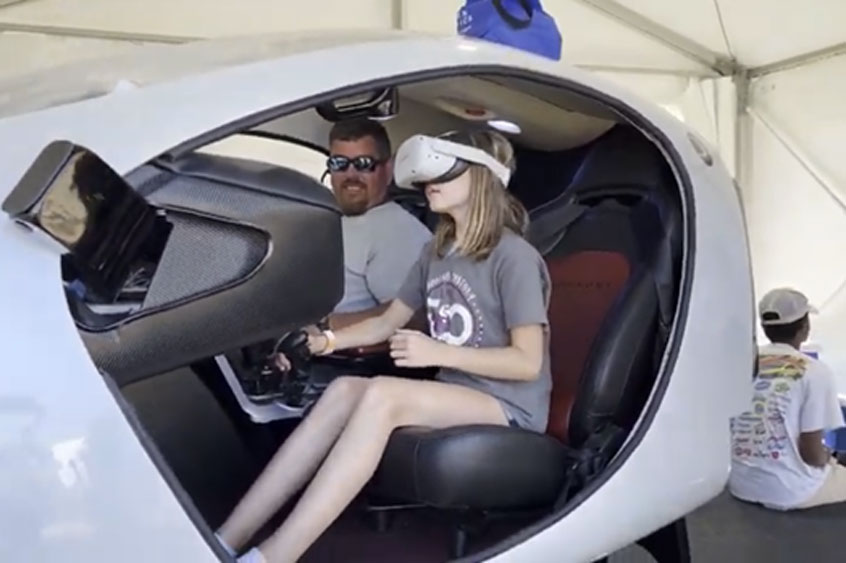 A potential investor is introduced to the Doroni Cockpit and VR Flight Experience at EAA AirVenture 2022. 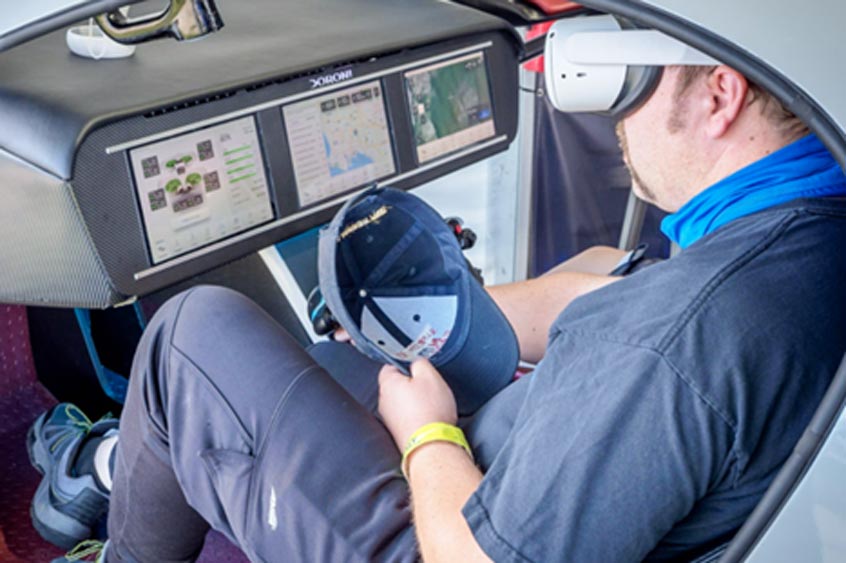 At EAA AirVenture Oshkosh 2022 fans of all ages were able to simulate takeoff, flight and landing the H1 eVTOL.

Doroni Aerospace, Inc. has revealed the completed cockpit of the Doroni H1 personal eVTOL, combined with an immersive Doroni Virtual Reality Flight Experience. The announcement was part of Doroni's participation in the EAA AirVenture Oshkosh 2022 where, for the first time, the general public was able to step inside of the fully complete H1 Cockpit, strapping in to take command of the H1's control sticks, and experience the H1's Dashboard Flight and Navigation System.

The H1's onboard dash system makes use of touchscreen monitors to control all aspects of flight and user experience, including: navigation, landing, cameras, lights, ventilation, mood lighting and wipes. In addition to the dual control sticks, which mirror each other for left or right-handed use, the dash system also includes peripherals such as an engine start button, left and right buttons to control doors, as well as RFID sensors. Using this system, users will hear audibles like “Doroni Systems Check” and “Doroni Ready for Takeoff” from the vehicle's onboard computer.

The Doroni H1 is a two-seater personal eVTOL that will be made available for public purchase which anyone can own, fly, and park in a standard two car garage. In order to get started, customers will need a current valid driver's license and completion of a 20-hour training course provided by the company. Doroni is targeting a Light Sport Aircraft certification with the Federal Aviation Administration ahead of product launch in the second half of 2024.

Doroni procured and moved into a new research and development facility at the beginning of 2022, where it began production of the H1 eVTOL prototype. The company has finalised the H1's airframe design and is currently producing two fully functional cockpits with software, avionics, and computer systems that are ready for flight integration: one for the purpose of simulations and one for flight tests.

Doroni has NDA agreements in place with major OEMs like Honeywell Aerospace, Garmin, and Amphenol to incorporate components into the H1. In addition, Doroni is supported by Space Florida, a state government agency, who is providing resources to bring the company's operations to scale.

The company projects to have a full-scale, fully functional flying H1 eVTOL prototype completed within the next several months and is targeting a Light Sport Aircraft certification with the FAA ahead of product launch in the second half of 2024. Doroni also intends on growing its current intellectual property to include 15+ design, aerodynamic, and battery utility patents by Q1 2023. The company is also engaging with local government and law enforcement agencies and is excited to share its vision for what's possible with flight via its design and user experience.

Doroni was created in 2016 by ceo/founder Doron Merdinger with the intention of delivering electric vertical takeoff and landing technology directly to consumers, offering a safety-centric mobility option that allows people to intuitively transport themselves at a fraction of the time possible with traditional automobiles.

The company's mission is to democratise flight, potentially making it accessible without the need for a pilot's license and years of flight training. The company says the design is sophisticated in its simplicity and has the potential to bring sustainability to the transportation ecosystems.

The company's global team possesses decades of cumulative experience in the aerospace, electronics, software engineering and battery technology fields. Doroni believes the transportation sector, and the world at large, stands at an inflection point and the company is positioning itself to deliver a disruptive technological change to commuter transportation with a magnitude similar to the smartphone's impact on the world of telecommunications.

Doroni also recently recruited Dan Saccani as the company's fractional CFO. Saccani is a former Tesla and Lucid Motors cfo who has worked with start-up and technology companies for 35 years, having spent the last 25+ years consulting with a variety of start-ups in life sciences, software, semiconductor, hardware, cleantech and internet.