Navigate directly to favourite company, aircraft and sector pages with our tracker feature.
Heart's electric ambitions set to land in Gothenburg
A first phase in the establishment of Heart's Northern Runway is scheduled to be finalised by mid-2024, with test flights scheduled to start in 2026. Heart Aerospace expects to deliver its first ES-30 aircraft in 2028. 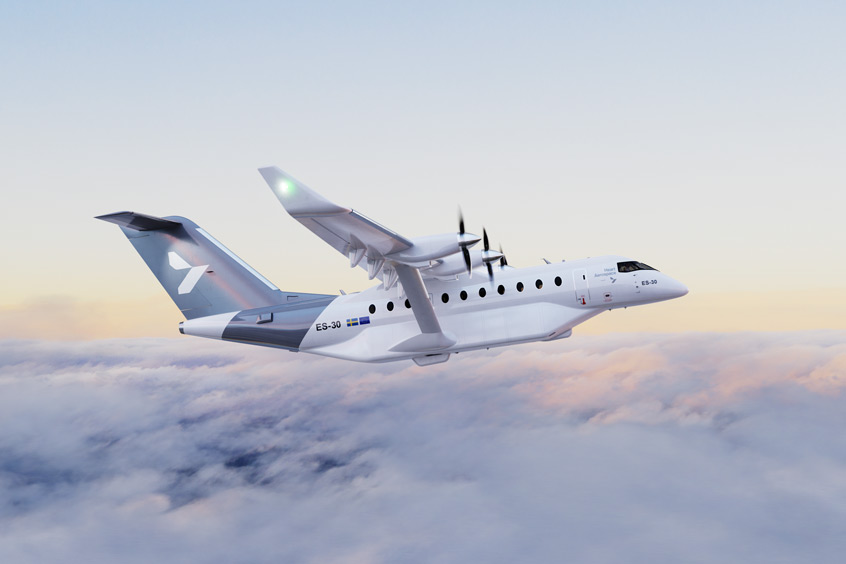 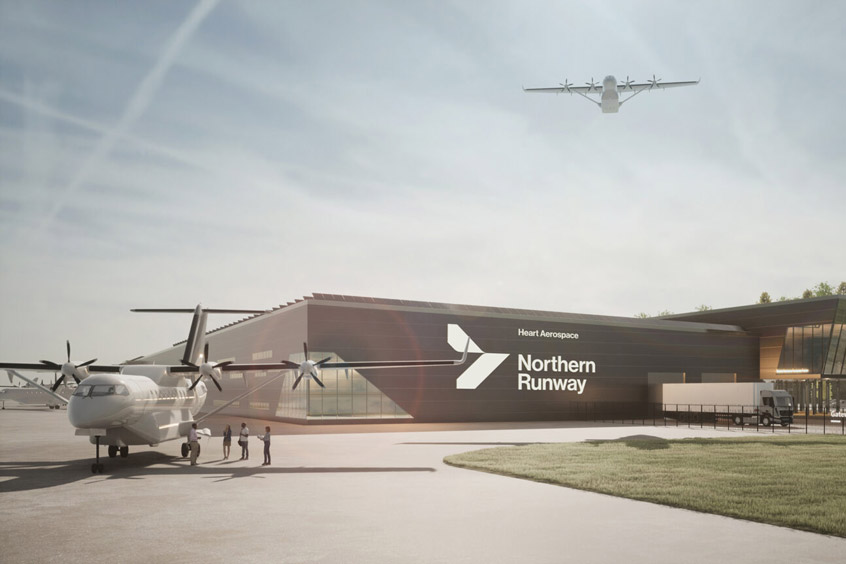 The long term recruitment base in Gothenburg is strong due to its proximity to Chalmers University of Technology, ranked among the top 100 in the world in terms of graduate employability.

The company is to establish what it describes as the world's first commercial electric aircraft industry at Säve airport in Gothenburg, Sweden, to build the ES-30. With a capacity of 30 passengers, it replaces the company's earlier 19-seat design, the ES-19. It is driven by electric motors powered by batteries, which allows it to operate with zero emissions and low noise.

Air Canada and Saab have each invested USD 5 million in Heart Aerospace. In addition to its investment, Air Canada has also placed a purchase order for 30 ES-30 aircraft.

Heart will build sustainable state-of-the-art offices, production and flight test facilities which, together, will form a new campus which will go by the name the Northern Runway. A first phase is scheduled to be finalized by mid-2024, with test flights scheduled to start in 2026. Heart Aerospace expects to deliver its first ES-30 aircraft in 2028.

“We have a plan and it's not just to build a new electric airplane, but a whole new industry,” says Anders Forslund, founder and ceo of Heart Aerospace. “Sweden is the origin of flight shame, an anti-flying movement, but with Northern Runway we will make electric air travel a reality and preserve flying for future generations.”

Heart Aerospace's Northern Runway campus will form part of the Castellum owned development area Gateway Säve, where a unique site for sustainable logistics and electric mobility is being developed.

“Gothenburg has distinguished itself as a driving force within electrification, with world class research facilities like the Swedish electric transport laboratory, SEEL, Chalmers University of Technology and a large cluster of companies focused on battery and electric vehicle development,” says Sofia Graflund, chief operating officer at Heart Aerospace. “The ambition that Castellum and the City of Gothenburg have for Gateway Säve is truly unique and that is why we have decided to establish our new industry here.”

Heart Aerospace currently employs 130 people, but the company is growing rapidly and expects to employ around 500 people by 2025. The long term recruitment base in Gothenburg is strong due to its proximity to Chalmers University of Technology, ranked among the top 100 in the world in terms of graduate employability.

The ES-30 aircraft has a comfortable three-abreast flat-floor cabin seating and it features a galley and a lavatory. Cabin stowage and overhead bins will add to the large external baggage and cargo compartment and provide airlines with network flexibility.

It will also include a reserve-hybrid configuration, consisting of two turbo generators powered by sustainable aviation fuel. The reserve-hybrid system is installed to secure reserve energy requirements without cannibalising battery range, and it can also be used during cruise on longer flights to complement the electrical power provided by the batteries.