Navigate directly to favourite company, aircraft and sector pages with our tracker feature.
Korea's LAH on track for certification soon
Building on the completion of the LAH, Airbus and KAI are preparing new joint development programmes. These will leverage Airbus' technical know-how in helicopter drive systems and flight control systems. 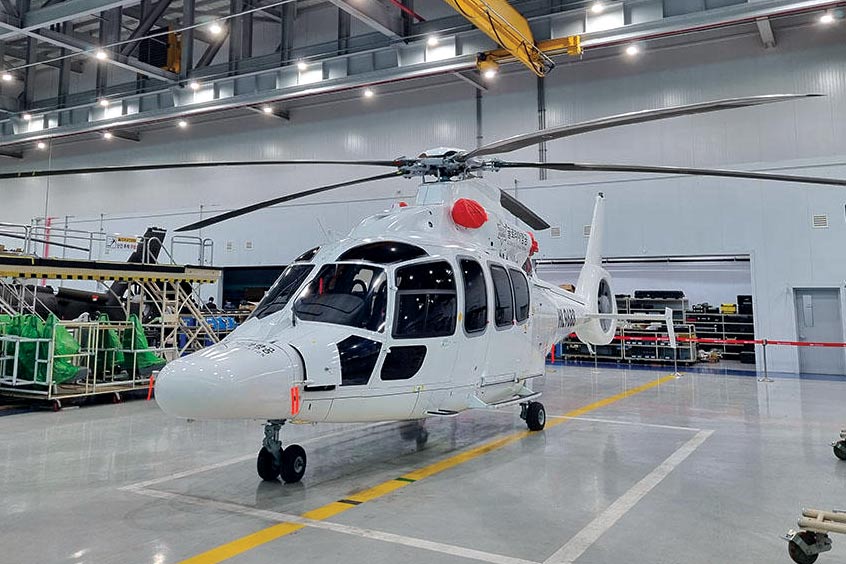 Airbus Helicopters and Korea Aerospace Industries (KAI) have delivered the first Light Civil Helicopter (LCH) to a local operator, Gloria Aviation, following certification in September this year. Entering service in an emergency medical services configuration in December, this helicopter will be deployed to support critical life-saving missions in Jeju.

This key milestone came on the back of a successful industrial partnership which started in 2015 when the two companies jointly collaborated on the LCH and Light Armed Helicopter (LAH) development programmes.

The LCH completed prototype flights at the end of 2019. Other than its first application for emergency medical services, the helicopter will also be capably deployed for public service missions such as search and rescue, utility, law enforcement, and fire fighting.

The LAH prototype completed its maiden flight in July 2019, with the aircraft to be qualified in the coming weeks. This successful qualification will pave the way for serial production of the helicopter, which Airbus and KAI will jointly embark on by the end of 2022, for the Republic of Korea Army.

“KAI has been a long-time partner to Airbus on several strategic helicopter development programmes. We are happy to celebrate this first LCH delivery which will, with the upcoming LAH qualification, kick-start a new chapter for our partnership as we enter the serial production phase,” says Bruno Even, CEO of Airbus Helicopters.

“We are also pleased to take our partnership a step further to prepare for the development of new variants that do not just meet the operational requirements of the end-user, but one that would bring tremendous technical and economic benefits to the local aerospace industry for years to come.”

Building on the successful completion of the LAH development, Airbus and KAI are preparing new joint development programmes. These helicopter programmes will leverage Airbus' technical know-how in the field of helicopter drive systems and flight control systems, while tapping into KAI's established local industrialisation expertise in the country.

The two companies first started their long-standing industrial partnership in 2006 when both parties jointly worked on the Korean Utility Helicopter, followed by the LCH/LAH development programmes. The LCH/LAH are next-generation 5-tonne class helicopters that have been developed to meet Korea's requirements for local deployment in both civil and military sectors.

The enduring partnership between the two parties has also seen the delivery of over 250 kits to KAI to-date, with additional orders for future deliveries.