Navigate directly to favourite company, aircraft and sector pages with our tracker feature.
Maxwell powers up from its own installed batteries
Random vibration acceptance testing for all the cruise motor controllers for the X-57 have taken place to make sure that all the systems stay functional while they endure the vibration environment expected during flight. 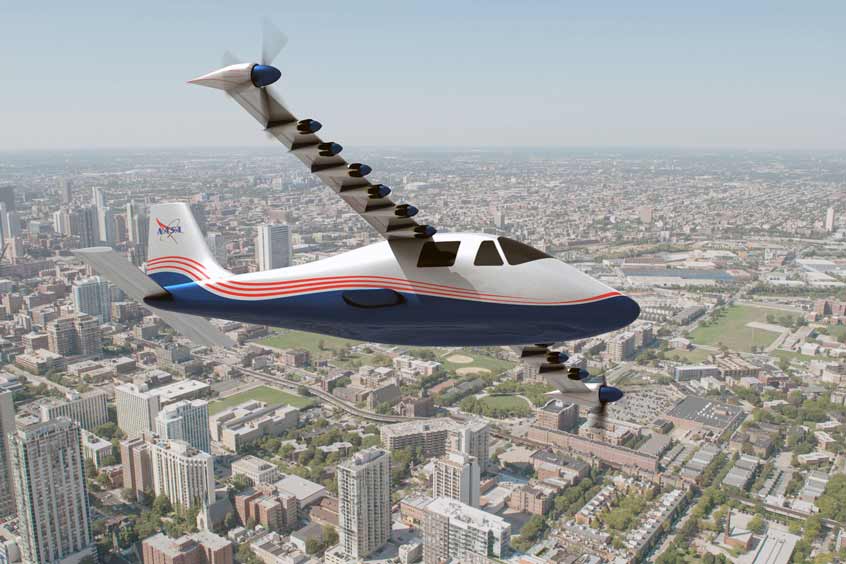 In the coming months, the X-57 project will begin a series of test flights.

NASA's X-57 Maxwell all electric aircraft has reached another milestone toward its first flight with the successful installation of two 400-pound lithium-ion battery packs in its cabin.

The X-57 project is the agency's first all-experimental electric aircraft, and an early part of NASA's work to develop sustainable aviation solutions. Instead of aviation fuel, it will use commercial, rechargeable, lithium-ion batteries.

To reach this point, the X-57 project team has repeatedly tested the batteries to ensure they can safely power the aircraft for an entire flight, and designed custom, lightweight cases to keep the batteries secure.

After the battery installation, the crew successfully tested the X-57 aircraft motors spinning off battery power. The motors had previously spun, but were drawing energy from the test facility, or from the batteries when they were sitting outside of the aircraft.

Prior to the motor spin test, the aircraft's cruise motors controllers underwent random vibration tests. These hardware acceptance tests take place on shake tables set to randomly vibrate at the same frequencies as the accelerating motors, to ensure all systems stay functional in flight. Random vibration acceptance testing for all the cruise motor controllers for the X-57 aircraft have taken place to make sure that all the systems stay functional while they endure the vibration environment expected during flight.

Additionally, the cruise motors were placed on a dynamometer, an electric motor speed tester, to make sure they will operate that the maximum planned temperature, power, torque, speed, voltage, and current during flight.

NASA will conduct taxi and flight operations once required integration and system tests are complete and the aircraft is performing as expected.

In the coming months, the X-57 project will begin a series of test flights. Each will expand upon the others, with data collected to understand aircraft operation and performance.

The primary goal of the X-57 project is to share the aircraft's electric-propulsion-focused design, airworthiness process, and technology with industry, standards bodies, and regulators to inform certification approaches for all-electric propulsion in emerging electric aircraft markets.