Navigate directly to favourite company, aircraft and sector pages with our tracker feature.
Hypersonic Talon-A carries Roc on first flight
Stratolaunch's Roc aircraft took off from Mojave Air and Space Port on October 28 during its first captive carry flight with the Talon-A separation test vehicle, TA-0. This was the eighth flight of the Roc aircraft. 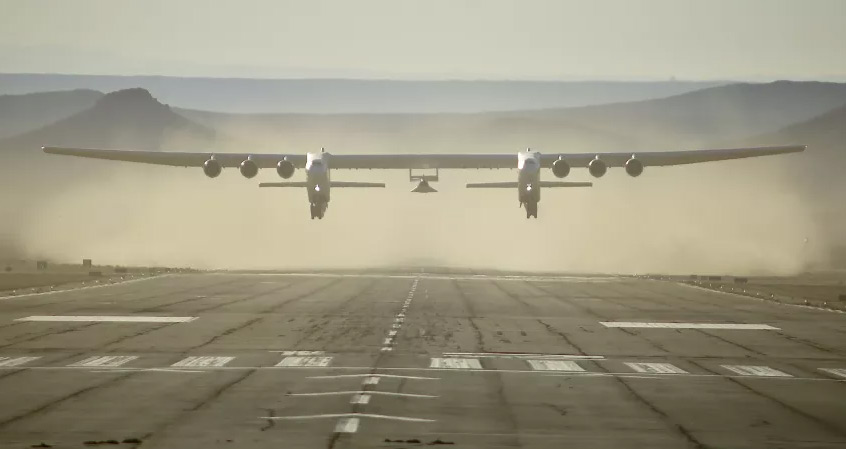 Stratolaunch's Roc aircraft takes off from Mojave Air and Space Port on October 28, 2022 during its first captive carry flight with the Talon-A separation test vehicle, TA-0. This was the eighth flight of the Roc aircraft.

This flight focused on measuring the aerodynamic loads on the Talon-A vehicle while mated to Roc. The loads captured in flight will validate aerodynamic predictions to ensure the release mechanism will function as designed.

"We have conducted a variety of ground tests in anticipation of this first captive carry flight, and with each successful test milestone achieved we have built confidence that the hardware will perform exactly as it was designed. It's exhilarating to see the team's hard work come to life and see the vehicles fly as an integrated system," says Dr. Zachary Krevor, Stratolaunch Chief Executive Officer and President.

The company will complete a series of captive carry flights in the coming months, culminating in a separation test of the TA-0 vehicle out over the Pacific Ocean in late 2022.

"Testing and production are accelerating as we push forward to meet our commitment of providing hypersonic flight test service to our customers next year. Our team will continue accomplishing more complex test milestones as we progress to our first hypersonic flight," Dr. Krevor says.