Navigate directly to favourite company, aircraft and sector pages with our tracker feature.
Textron delivers 3,000th Caravan turboprop
The Caravan program was launched in 1981, and was certificated in 1984. Over forty years of product evolution it has become one of the most widely used aircraft types throughout the world. 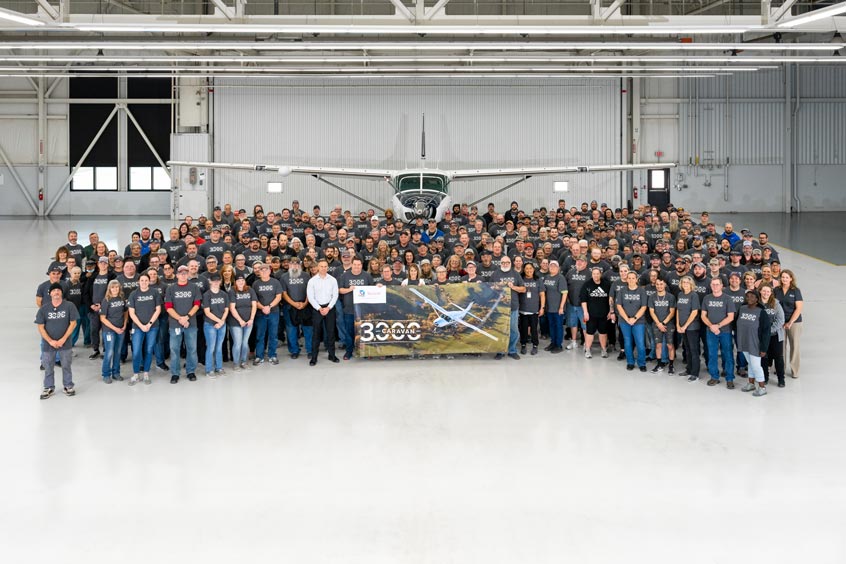 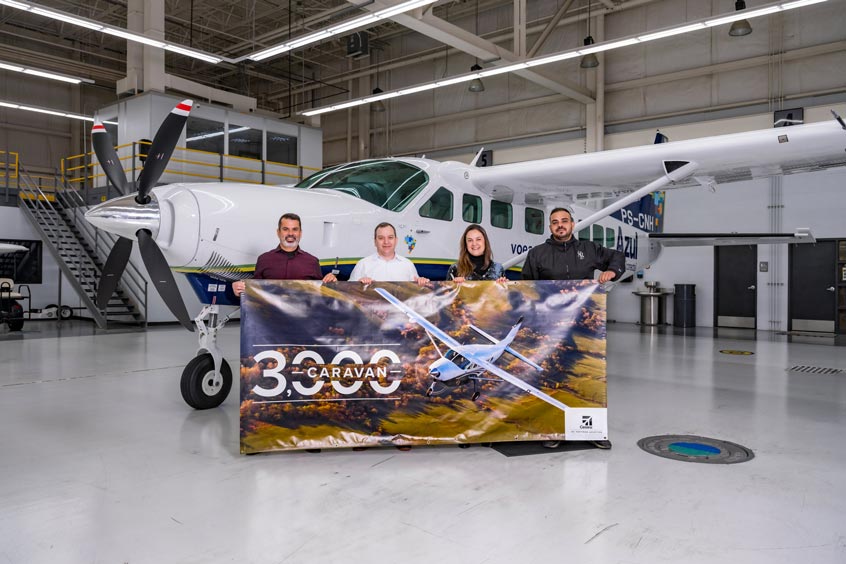 Textron Aviation employees and representatives from the buyer, Azul Conecta, celebrated this significant milestone with a special delivery ceremony at Textron Aviation's location in Independence, Kansas. “The Cessna Caravan's versatility and reliability have made it the most popular aircraft in the utility turboprop category, with now 3,000 delivered globally,” says Lannie O'Bannion, senior vice president of Sales and Flight Operations at Textron Aviation. “I'm thankful to customers like Azul Conecta who continuously rely on the Caravan family of aircraft to fulfill their missions, deliver solutions and improve lives around the world.”

Conceived as a rugged utility aircraft with low operating costs, the Caravan was designed for use in remote areas with extreme weather changes, mountainous terrain and rough landing conditions. The aircraft's versatility became renowned in all corners of the world, and the Caravan continues to see wide use in global markets by a variety of customers, including government agencies, law enforcement and militaries, air ambulance operators, freight haulers, corporations and humanitarian organizations.

1985 Cessna began deliveries of the Caravan 208

1986 Caravan 208B Super Cargomaster, stretched by four feet in a freight specific

1998 Cessna began deliveries of the new standard Caravan 208, a Caravan 208 that

2013 Cessna began deliveries of Grand Caravan EX 208B, featuring a Pratt and Whitney