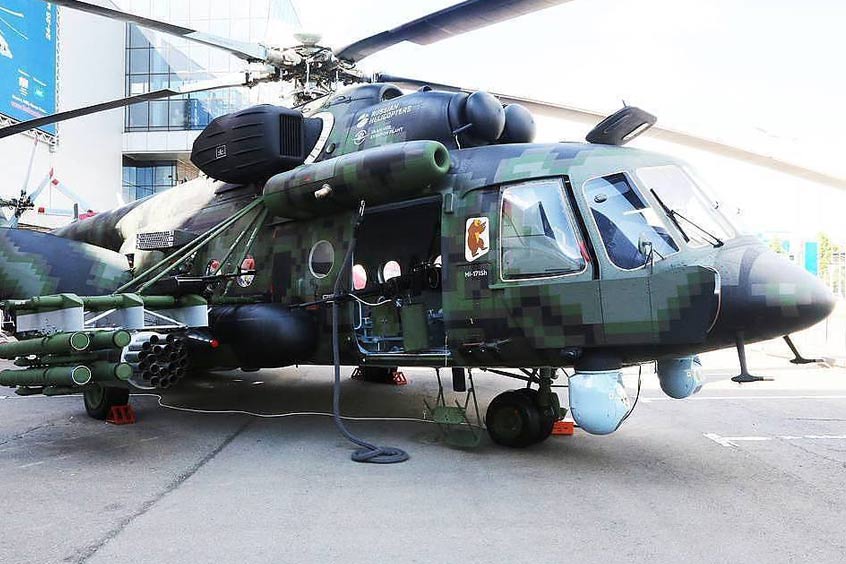 The tests will assess the aerodynamic and performance characteristics of the helicopter, the maneuverability, stability and controllability of the vehicle, as well as the reliability and efficiency of the weapon system and protective equipment.

"The technical appearance of the Mi-8AMTSh-VN was formed taking into account the experience of the combat use of helicopters in modern military conflicts. The first stage of testing is planned to be completed in November. In the future, two more aircraft of this type will be connected to flights, "said Anatoly Serdyukov, industrial director of the aviation complex of Rostec State Corporation.

The prototype of the helicopter, manufactured at the Ulan-Ude Aviation Plant and retrofitted at the Mil and Kamov Centre, was previously demonstrated at the largest Russian industry exhibitions. The concept of the new attack transport helicopter was highly appreciated by foreign military delegations. At the Army-2019 forum, a contract was signed with the Russian Ministry of Defense for the supply of 10 Mi-8AMTSh-VN helicopters in a special design.

"A prototype of the Mi-8AMTSh-VN helicopter is currently undergoing a complex of ground and flight tests. First, tests will be carried out on the basis of the Mil and Kamov Scientific Centre, then the helicopter will be evaluated by specialised state institutes and flight centres," said the general director of Russian Helicopters Holding, Andrey Boginsky.

The Mi-8AMTSh-VN can perform a wide range of tasks: from transport and landing operations and fire support to supporting the actions of special forces. The basis of the new carrier system of the helicopter is an improved main rotor with all-composite blades of a modern aerodynamic layout. The use of an improved main rotor with a higher thrust, in combination with more powerful engines, made it possible to increase the thrust-to-weight ratio, maneuverability, flight speed, and obtain new characteristics when working in high mountains and hot climates. Another important feature of the Mi-8AMTSh-VN carrier system is the more efficient X-shaped tail rotor.

The Mi-8AMTSh-VN helicopter has increased combat survivability and protection, which are provided by an onboard defense system, titanium and Kevlar armor protection and other constructive measures. Not only the crew and the most important units of the helicopter are protected by armor, but also the landing force in the cargo compartment. Thanks to two sliding doors and additional hatches, the capabilities of the Mi-8AMTSh-VN in terms of landing troops have been significantly expanded.

The vehicle is armed with 12.7 mm machine guns. Along with small arms and cannon armament, unguided missiles and bombs of various calibers, the helicopter is also equipped with a guided missile weapon system with a surveillance-sighting system, which allows it to fight air and ground targets, destroy enemy firing points and armored vehicles.

The new aircraft is adapted for highly efficient night-time use. For this, it is equipped with a gyro-stabilised optoelectronic system, supplemented by a searchlight with an infrared spectrum, dual-band lighting equipment and adapted for the use of night vision goggles. At the same time, many combat missions can be performed automatically thanks to the integrated flight and navigation complex and digital autopilot. The highly automated flight and navigation equipment of the Mi-8AMTSh-VN significantly reduces the workload on the crew, which increases the efficiency of the helicopter in modern combat.