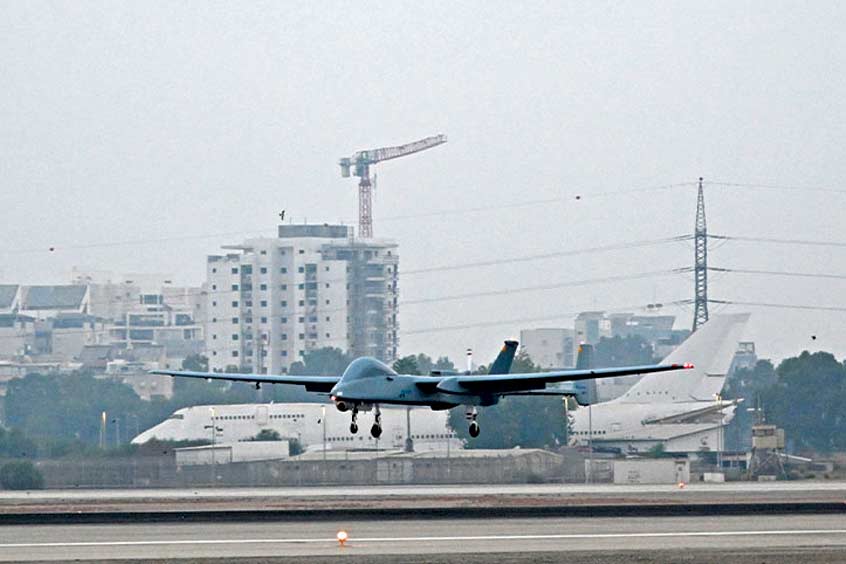 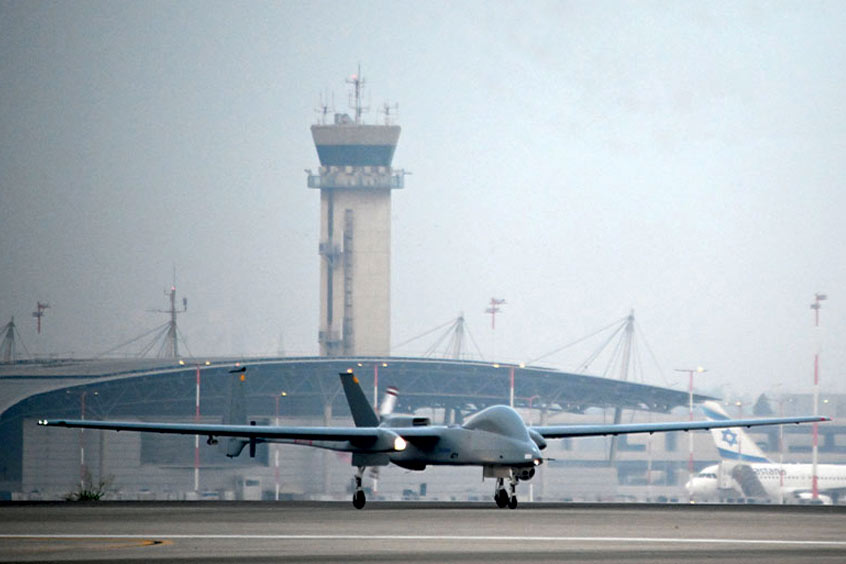 The Heron, a UAV developed and built by Israel Aerospace Industries (IAI), landed today at Ben Gurion International Airport, becoming the first UAV to land in an international airport alongside commercial flights occupying civilian air space. The UAV took off from Ein Shemer Landing pad, landed at Ben Gurion, and flew back to Ein Shemer. The entire takeoff, flight, and landing were operated from the Ein Shemer control station.

This historic landing proves the maturity and safety of IAI's Long Runner operating system, which allows UAVs to take off and land automatically on long-haul routes (ranges of up to 1500 km and more) using satellite communications technology and a combination of accurate take-off and automatic landing capability.

The Heron has an extensive operational record during the many years it's been in use by the Israeli, German, and other nations' air forces and is designed to carry out longer strategic and tactical missions. It can withstand severe weather conditions, carry multiple payloads (sensors), and transmit real-time information to the forces and decision-makers in the field. The Heron UAV can carry cargo up to 290 kg and can be used for a range of civilian purposes as well.

IAI EVP and General Manager of the Military Aircraft Group, Moshe Levy, said, "IAI's Heron UAV made a significant breakthrough today, landing for the first time at an international airport. The future of the world of aviation will need to allow unmanned aerial vehicles to land at civilian airports, and today this happened for the first time thanks to the hard and joint work of the Civil Aviation Authority of Israel and the Israel Airports Authority. This is a great achievement for IAI in the UAV arena."