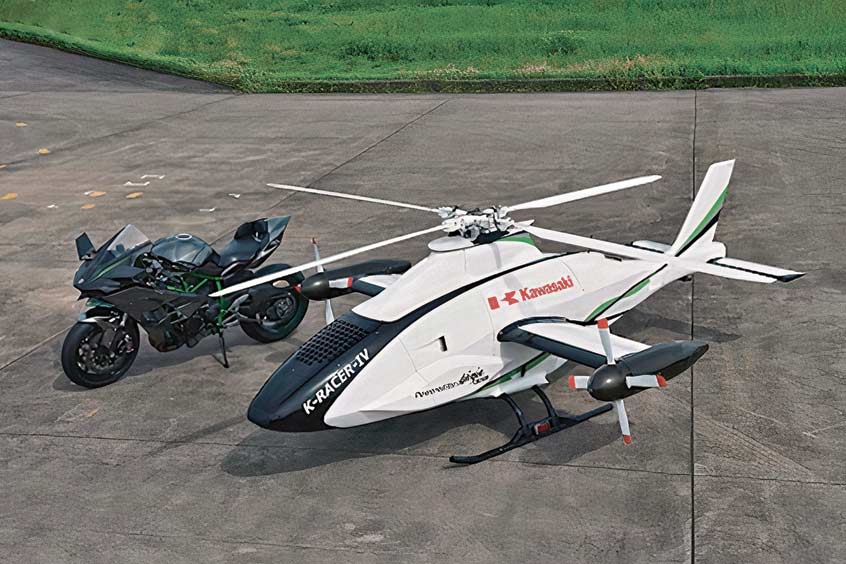 Kawasaki’s K-RACER unmanned helicopter is the size of a motor bike and powered by the same supercharged H2R engine as it’s Ninja motorcycle. (Photo: Kawasaki) 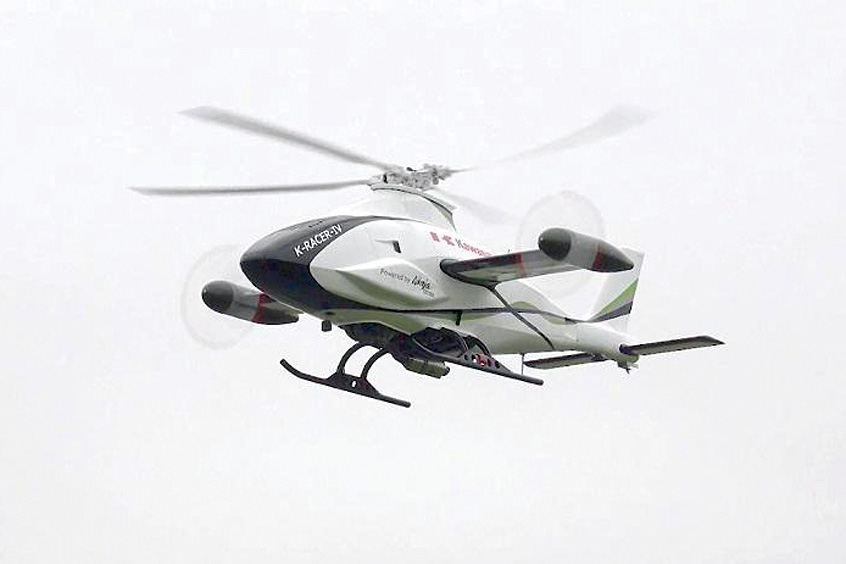 Kawasaki Heavy Industries has succeeded in a flight test of the unmanned compound helicopter "K-RACER" at the Taiki-cho Multipurpose Air Park in Hokkaido .

We demonstrated the technology of a conventional helicopter with an unmanned tester aiming at high speed, which is technically limited, and in this test we were able to confirm stable flight by autonomous control.

In addition to the main rotor (4m in diameter), this machine is a special type of testing machine called a compound helicopter that has main wings and propellers on both the left and right sides instead of the tail rotor. This allows the torque associated with the rotation of the main rotor to be canceled and forward thrust to be generated. In addition, in forward flight, the main wing shares the lift, reducing the burden on the main rotor and enabling high-speed flight that cannot be achieved with conventional helicopters.

This machine was developed by the Aerospace Systems Company, and the power source is the supercharged engine of our motorcycle " Ninja H2R " due to the technological synergies of the Motorcycle & Engine Company and the Technology Development Headquarters.

We will utilise the results obtained in this test for the development of VTOL (vertical take-off and landing) aircraft including manned / unmanned helicopters and aircraft operation systems linked with various services. We will continue to contribute to society through aviation technology, including the realisation of the VTOL system in the future.