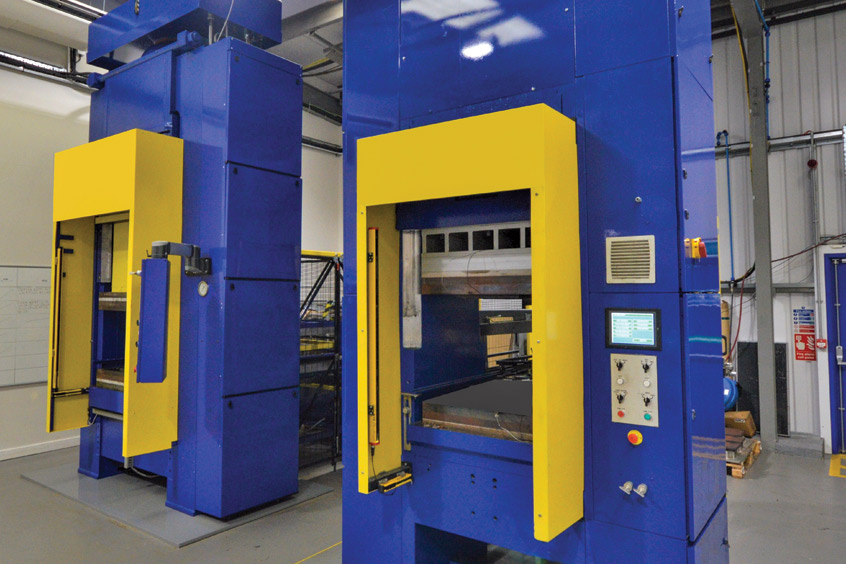 Not just limited to Thermoplastic composites, the new processing cell allows Teledyne CML Composites the ability to produce compression moulded thermoset parts. This new capability also enables the "Out of Autoclave" production of foam and honeycomb sandwich panels such as those used in aircraft interiors.

"The NCC is very pleased to have worked with Teledyne CML Composites on setting up this new capability, which is a real step change in the manufacture of aerospace thermoplastic composites in the UK. With manufacturing cycle times measured in minutes rather than hours, thermoplastic composites have great potential for higher rate processing in aerospace applications. They have the ability to be welded together for rapid assembly and are considered more sustainable than thermosets due to increased recovery options at the end of product lifetime," said Sean Cooper, Chief Engineer for Defence and Space at the NCC.

Teledyne CML Composites continues to enjoy a period of significant growth as a composites manufacturer to commercial aerospace and defence aerospace customers worldwide. For decades, this industry sector has continually expanded as designers develop enhancements to performance, range, and payload through weight reduction of new generations of aircraft, whether commercial or military. Teledyne CML Composites' investment in thermoplastic processing technology underscores the company's long-term plans to play a key part in this industry sector.