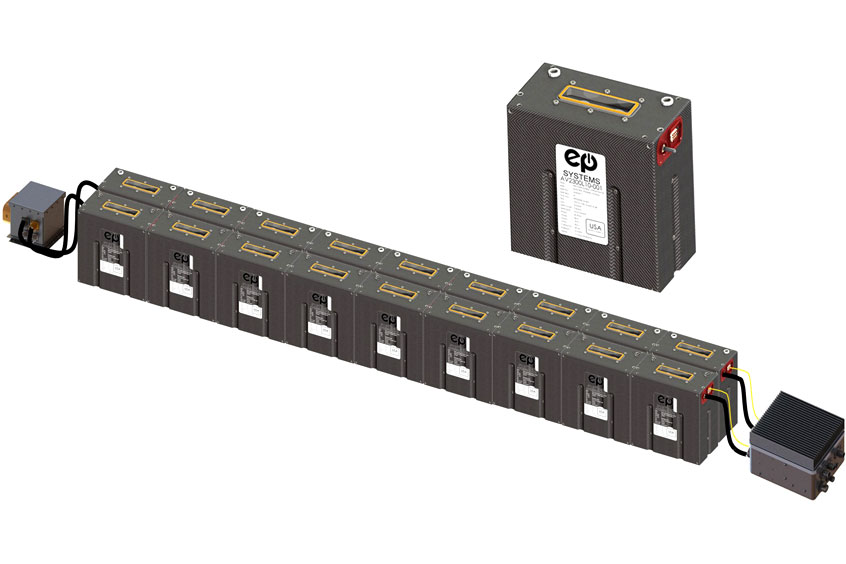 An agreement announced by the two companies calls for the initial EPiC energy storage system to be delivered in the first half of 2022 for integration on VoltAero's no. 1 Cassio 330 – the company's four-seat variant with a combined hybrid-electric power of 330 kilowatts.

"Electric Power Systems is at the forefront of electric aircraft battery technology, which makes the company a natural match-up for our Cassio aircraft and its unique hybrid propulsion unit," said Jean Botti, VoltAero's CEO and Chief Technology Officer. "This agreement marks another important step closer to the Cassio 330's maiden takeoff, which will initiate our development, test and certification program for the Cassio series of airplanes."

The EPiC energy storage system contains advanced cell technology that offers an energy density of over 200 Wh/kg (watt-hours per kilogram) at the battery pack level, while providing over 2,000 fast-charge cycles before replacement is required. The EPiC Ecosystem developed by Electric Power Systems consists of modular building blocks that allow customisation at the aircraft level.

"I am extremely impressed with the Cassio aircraft, which benefits from the expertise of Jean Botti and his VoltAero team – who are true pioneers in electric aviation," stated Nathan Millecam, the Co-Founder and CEO of Electric Power Systems.

To be produced in versions with capacities of four to 10 seats, the Cassio family will provide highly capable and reliable aircraft for private owners, air taxi/charter companies, commercial service in point-to-point regional travel, and for use in other utility-category (cargo, postal delivery, Medevac) applications.

VoltAero's Cassio design is based on a sleek, aerodynamically optimised fuselage, a forward canard, and an aft-set wing with twin booms that support a high-set horizontal tail. It will be qualified to Europe's EASA CS23 certification specification as a single-engine, general aviation category aircraft, and is designed from the start for a low cost of ownership.

Cassio aircraft are to be built in a dedicated production facility at Rochefort Airport in France's Nouvelle-Aquitaine region. Groundbreaking is scheduled for the first half of 2022.