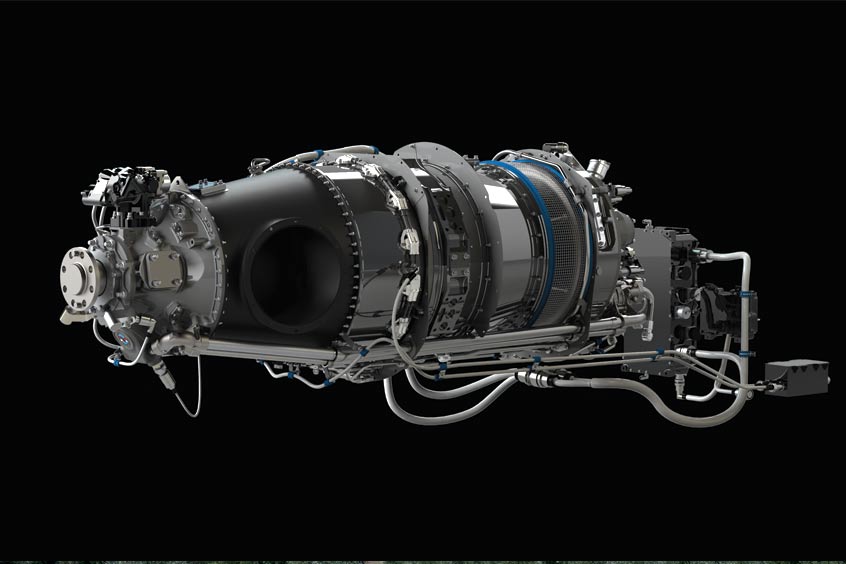 "We are delighted that Daher has selected the PT6E-66XT engine to power its new TBM 960," said Nicholas Kanellias, vice president, General Aviation, Pratt & Whitney Canada. "The introduction of the PT6E-66XT engine reaffirms our continued commitment to innovation and our desire to proactively bring solutions to our customers. The PT6E-66XT engine, driven by more than 100 digital data inputs, offers the optimal combination of precision, performance and efficiency for an elevated and simplified flying experience."

The PT6 E-Series is the first engine family with a dual-channel integrated electronic propeller and engine control system in the General Aviation turboprop market.

"We have worked closely with Pratt & Whitney Canada for more than 30 years in integrating PT6 turboprop engines on our TBM and Kodiak aircraft families," said Nicolas Chabbert, the Senior Vice President of Daher's Aircraft Division. "With its PT6E-66XT version, the Pratt & Whitney Canada team has taken innovation to a new level, providing digital power to our TBM 960 flagship single-engine turboprop aircraft, making it even easier to operate."

Built for the pilots of today and tomorrow, the PT6E-66XT engine offers an enhanced and simplified pilot experience. The digitally enabled single lever simplifies engine operation and allows for true precision-controlled auto-throttle. This provides for a more intuitive way of flying, from engine start to propeller and engine control, which reduces operation and pilot workload.

The engine control system provides a consistent start every time, and constantly reviews and processes all the engine and many aircraft parameters, making fine adjustments to fuel flow and propeller blade angle to deliver optimal power and efficiency during all phases of flight.

The intelligence behind the control system uses the data to deliver precise, constant engine performance at every altitude and every temperature on each flight. Other benefits include increased engine take-off and climb power (+45 SHP mechanical horsepower) and increased thermodynamic power (up to 4% at International Standard Atmosphere conditions).

The PT6E-66XT is also digitally connected through its Data Collection and Transmission Unit (DCTU), making full-flight engine data accessible on multiple platforms, including mobile devices. Once the aircraft lands, engine flight data can be wirelessly downloaded, providing operators and maintainers with insights into engine performance and health.

The PT6E-66XT engine's improved design features and digital capabilities increase the availability of the aircraft. Scheduled maintenance intervals have been increased, including time between overhauls from 3,500 to 5,000 hours. The electronic control system removes hardware from the engine, resulting in a combined 40% reduction in scheduled maintenance.

The PT6E-66XT engine embodies the DNA of the iconic PT6 engine. This family has accumulated over 430 million flying hours and has a pedigree of reliability that is second to none. Its versatility and proven performance have made it the engine of choice for missions and applications of all kinds. The PT6 is also the only turboprop engine family to have achieved Single Engine Instrumental Flight Rules status for passenger revenue activity. The latest addition to the PT6 E-Series family builds on this legacy of success.

Furthermore, PT6E-66XT operators are supported by Pratt & Whitney-owned and -designated service facilities around the world, field support representatives on six continents, a 24/7 Customer First Centre that provides rapid expert support and the most advanced diagnostic capabilities for the general aviation market.