Two milestones for the D328eco program - Deutsche Aircraft, umlaut and Heggemann AG have jointly created a digital twin and a physical prototype of the wing spar box 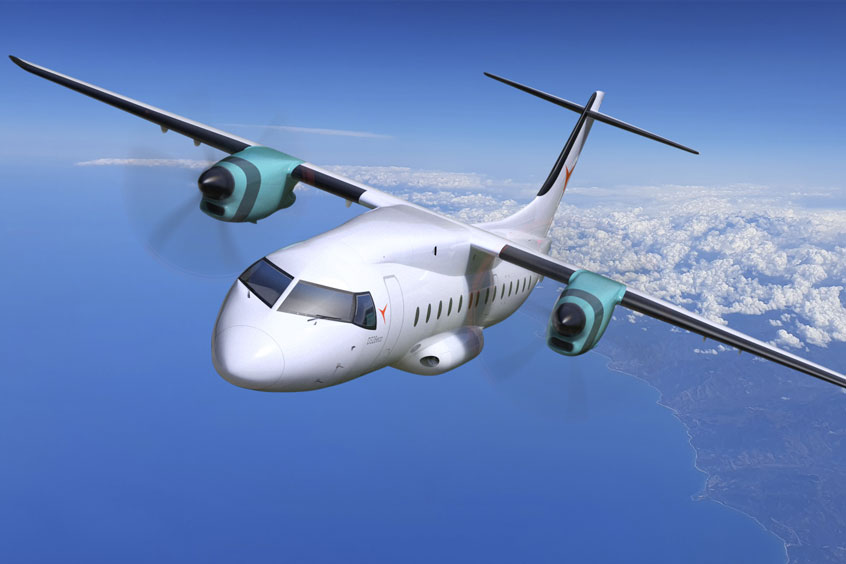 The aircraft manufacturer Deutsche Aircraft has reached two milestones in its D328eco project. Together with engineering service provider umlaut, part of Accenture, the wing spar box was digitized and modelled in 3D. The wing spar box connects the wing to the fuselage and supports the leading and trailing edges of the wings, the rudder, the engines and the landing gear. On this basis, the industrialization partner Heggemann AG has optimized the manufacturing processes for Industry 4.0 standards and produced a first prototype of the wing spar box. This proves that the automated production of the D328eco is possible to the extent desired by Deutsche Aircraft.

The D328eco is based on the Dornier 328, an aircraft from the 1990s. The aircraft was still designed in 2D on paper or with limited 3D-based software (CADAM). To be able to further use the design data and adapt it to the goals of the D328eco, it had to be digitized. Deutsche Aircraft chose umlaut for its engineering and aerospace expertise to jointly create a digital twin, which provides an exact copy of the original aircraft design and can also incorporate all the innovations in structural development of the last 30 years. This digital twin serves both as a basis for automated manufacturing and for validating designs, tools, and production processes. According to Simona Naver, Program Manager at Deutsche Aircraft, the data converted from 2D to 3D will also be used for the certification of the new aircraft.

"The DMU makes it much easier for us to optimize designs for industrial production. Thirty years ago, when the original Dornier 328 was built, many things were still done manually. With the D328eco's 3D conversion, we can save material and map production processes more easily and with consistent quality," says Gregory Seymour, development engineer aircraft construction at Deutsche Aircraft.

As part of a "triad", Heggemann AG is also involved in the project. The company is responsible for the industrialization of the wing spar box and uses, among other things, the corresponding 3D design data. To demonstrate that the company can produce aircraft parts automatically and in high quality, the first prototype of the wing spar box was manufactured and tested after a feasibility analysis. "The wing spar box is the most complex part of the airframe. Its fabrication as the first system-level prototype shows that the other parts of the project are on the right track," explains Simona Naver.

After this first system-level prototype, it is clear, on the one hand, that the 3D conversion of the 2D design data and its adaptation to new standards is working as planned. On the other hand, the tools and processes developed by Heggemann AG for the D328eco program have proven their worth. "We have seen that we can have parts for the D328eco manufactured automatically and efficiently. In addition, there is less material surplus with the new manufacturing processes. This also moves us in a sustainable direction and meets the D328eco strategy," says Rosario De Luca, Senior Design Engineer at Deutsche Aircraft.

Now more parts are to be digitized and prepared as CAD/CAM models for production, design validation and type certification. The goal is to be able to digitally represent the D328eco in its entirety. umlaut will continue to support the transfer from 2D to 3D and Heggemann AG will strengthen Deutsche Aircraft's D328eco program with wings and landing gear.