Navigate directly to favourite company, aircraft and sector pages with our tracker feature.
First Il-76 rolls off Aviastar's latest laser-guided line
The new assembly line will reduce labour overhead in aircraft assembly by 38 per cent. It has ten work stations for docking the fuselage, wing and tail sections, and is equipped with a laser positioning system. 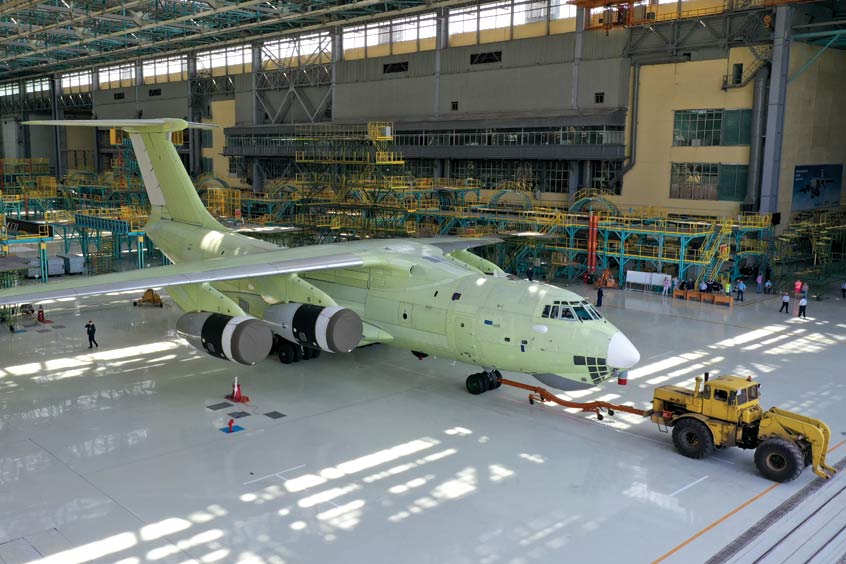 The IL-76MD-90A is submitted for testing.

The first IL-76MD-90A heavy transport aircraft, assembled on a new assembly line at the Ulyanovsk Aviastar-SP JSC (part of the UAC Transport Aviation Division as part of the Rostec State Corporation) has been transferred to the aircraft plant's flight test station for ground and flight tests.

"For the enterprise, this is a landmark event that confirms the ability of the Ulyanovsk aircraft manufacturers to effectively solve the most important tasks. The introduction of a new technological process in the future will contribute to the increase in the volume of serial production of more than 10 aircraft per year," says the managing director of Aviastar-SP JSC Sergey Sheremetov.

Unlike the previously used technology, the new assembly line at Aviastar-SP JSC will reduce the labour intensity of aircraft assembly by 38 percent. The line consists of ten work stations for docking the fuselage, wing, tail sections and stations for the installation of aircraft power plants and systems. It is equipped with a laser positioning system of the units, which ensures high accuracy of joining of all aircraft elements.