Navigate directly to favourite company, aircraft and sector pages with our tracker feature.
First A380 returns to the limelight with ZEROe hydrogen engine
The A380 will have four liquid hydrogen tanks in a caudal position, as well as a hydrogen combustion engine mounted along the rear fuselage. The hydrogen will be transformed into gas before supply to the engine. 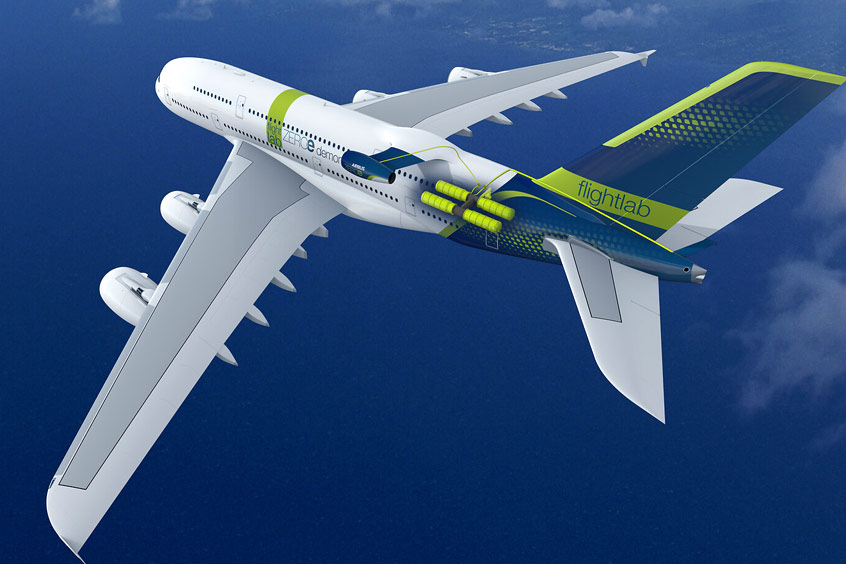 Hydrogen combustion technology for Airbus' ZEROe will be tested on the original prototype A380.

Airbus's original A380 MSN1 test aircraft has been earmarked for a new role, taking the lead on testing the technologies that will be vital to bringing the company's first zero-emission aircraft to market by 2035.

"The A380 MSN1 is an excellent flight laboratory platform for new hydrogen technologies," says Mathias Andriamisaina, Airbus ZEROe demonstrator leader. "It's a safe and reliable platform that is highly versatile to test a wide range of zero-emission technologies. In addition, the platform can comfortably accommodate the large flight test instrumentation that will be needed to analyse the performance of the hydrogen in the hydrogen-propulsion system."

Airbus says it has a long track record of launching demonstrator programmes to test pioneering technology. The E-Fan family highlighted the potential for all-electric flight; the Vahana and CityAirbus demonstrators have proven valuable in furthering Airbus' vision for sustainable urban air mobility; and, most recently, the E-Fan X was used to test the potential of hybrid-electric propulsion.

The ZEROe demonstrator will now be the next to test zero-emission technologies. It will carry four liquid hydrogen tanks in a caudal position, as well as a hydrogen combustion engine mounted along the rear fuselage. The liquid hydrogen distribution system will feed into a conditioning system in which the liquid hydrogen will transform into its gaseous form before it is introduced into the engine where it is combusted for propulsion.

"This isn't Airbus' first experience with hydrogen-powered flight," Mathias explains. "From 2000 to 2002, Airbus was a key partner in the European Union's Cryoplane research project. Building on these academic inquiries, we're proud to take the testing of hydrogen combustion to the next level."

CFM International, a joint venture between GE and Safran, is set to develop the hydrogen combustion engine and prepare it for testing. Specifically, the company will modify the combustor, fuel system and control system of a GE PassportTM turbofan to run on hydrogen. The engine was selected due to its physical size, advanced turbo machinery, and fuel flow capability.

Each technology component – the hydrogen tanks, hydrogen combustion engine and liquid hydrogen distribution system – will be tested individually on the ground. Then, the complete system will be tested first on the ground and then subsequently in flight. The first flight is expected to take place in the next five years.

The A380 has fulfilled a similar role in the past, when it hosted the engine being developed for the A350-1000.