Navigate directly to favourite company, aircraft and sector pages with our tracker feature.
Asian line kicks off Airbus A321 production
Airbus says that, by the end of 2022, all commercial aircraft assembly sites will be A321-capable, as part of the industrial strategy to de-risk the ramp up and to meet the rising share of A321 production. 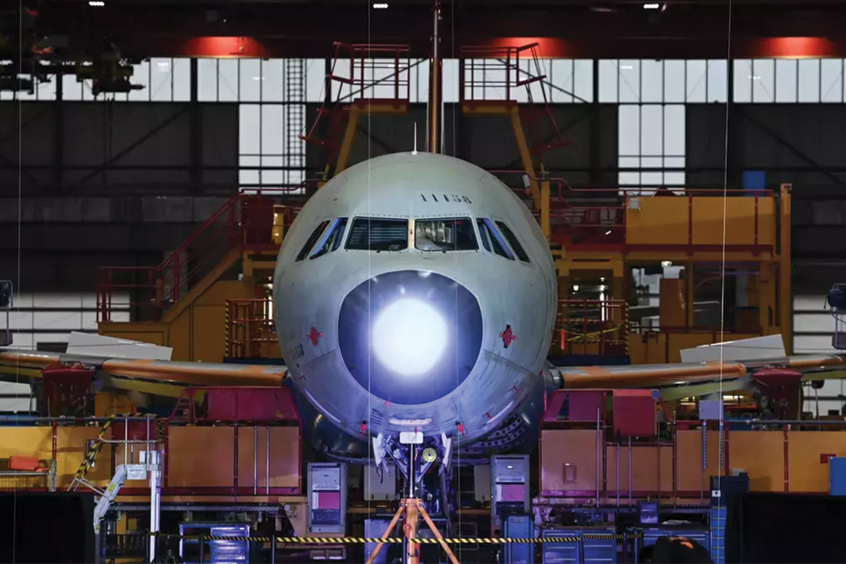 Airbus has commissioned the first A321 aircraft to be assembled at its Final Assembly Line Asia (FAL Tianjin) in Tianjin, China. The breakthrough expands and deepens the collaboration with China's aviation industry, and demonstrates Airbus' commitment to enhance its long-term strategic partnership with China.

The FAL in Tianjin officially started the adaptation work to become A321 capable in August 2022. It is the first major upgrade of the assembly line since operations commenced in 2008. FAL Tianjin's first A321 aircraft is scheduled for delivery in early 2023.

“Since we announced our plans to expand the capability of FAL Tianjin to A321 production last November, I am proud that the Airbus Tianjin team has successfully completed the relevant adaptation work on schedule by working closely with European experts and our suppliers to overcome the impact of COVID-19,” says George Xu, Airbus Executive Vice President and Airbus China CEO. “The commissioning of the first A321 aircraft underlines Airbus' commitment to China, marking a new milestone in the industrial cooperation with our Chinese partners.”

Airbus has four A320 Family assembly facilities around the world: Toulouse, France; Hamburg, Germany; Tianjin, China; and Mobile, United States. By the end of 2022, all commercial aircraft assembly sites will be A321-capable, as part of the industrial strategy to de-risk the ramp up and to meet the rising share of A321 production.

Inaugurated in 2008, FAL Tianjin was the first Airbus commercial aircraft assembly line outside Europe. In the same year, the first aircraft sections arrived on site. Since its first A320 delivery in 2009, FAL Tianjin has delivered more than 600 aircraft over its 14 years in operation. It has become a role model of successful Sino-European cooperation.

By the end of September 2022, the A320neo Family has received over 8,500 firm orders from more than 130 customers worldwide.