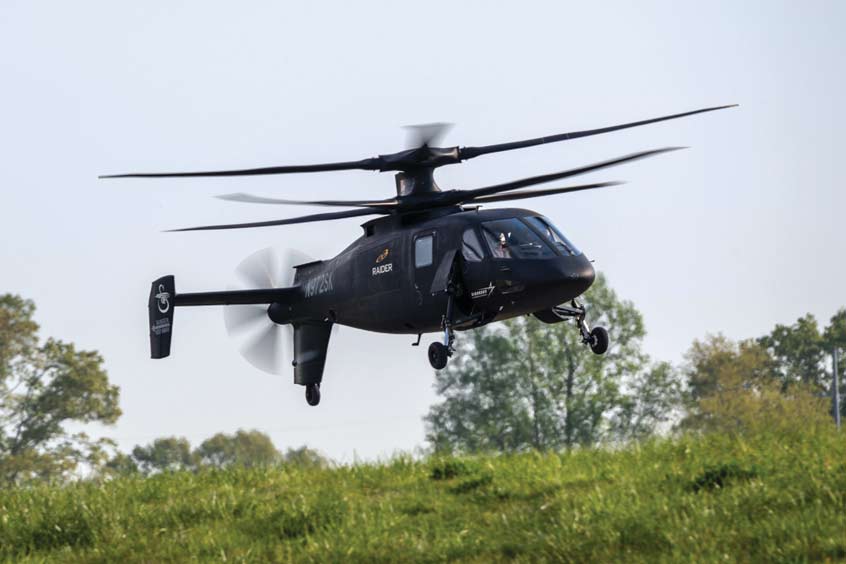 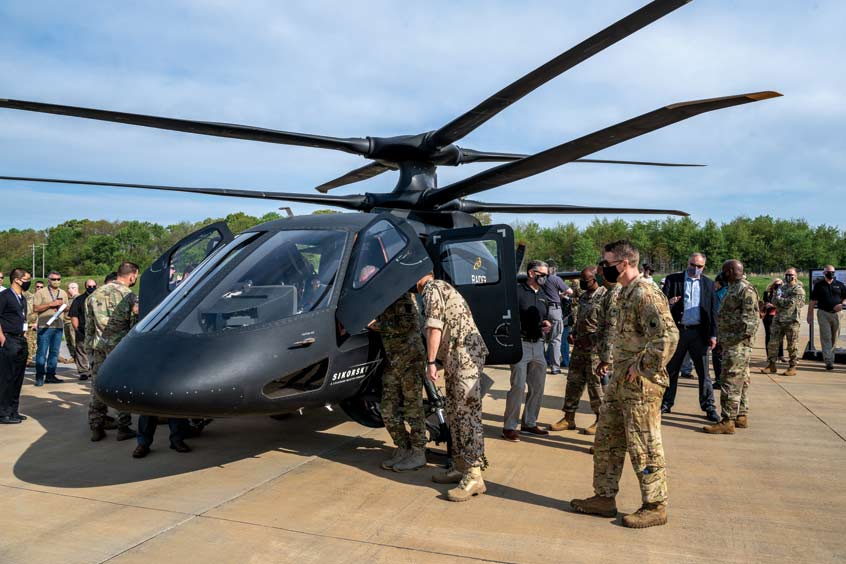 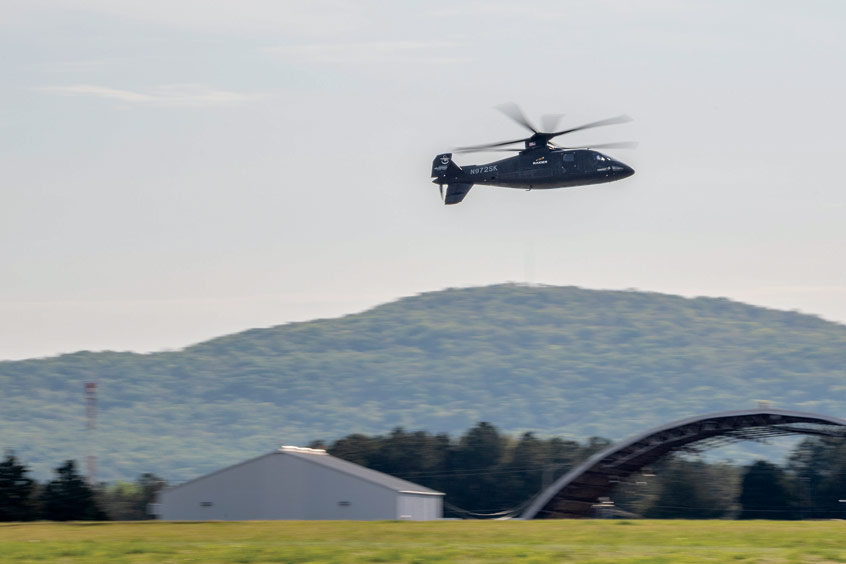 The S-97 RAIDER, solely funded by Sikorsky is the only representative FARA aircraft flying today and provides risk reduction for Sikorsky's FARA concept, RAIDER X, a fast, agile, survivable compound coaxial helicopter that will allow future aviators to address evolving peer and near-peer threats in the most difficult environments.

"Since the first Black Hawk took to the skies in the 1970s, to when our teams broke helicopter speed records with X2 Technology in 2010, we have been working with our Army partners to develop and deliver low-risk, transformational, affordable and sustainable aircraft to support the warfighters' missions," said Sikorsky President Paul Lemmo, who was at Redstone this week. "This is the first of what we believe will be many times our X2 Future Vertical Lift aircraft will fly at Redstone."

RAIDER X will fully integrate the strengths of Lockheed Martin such as digital thread, advanced manufacturing, sustainment, training, and weapon and mission system development, manufacture and integration. At Sikorsky, the digital thread is built into current programs and is being utilised today in our digital advanced manufacturing facility. This proven, holistic life-cycle approach runs seamlessly throughout the design, development, production, supply chain and sustainment process. Today, all of Sikorsky's programs are born in a digital environment. The power of this digital thread drives affordability, producibility and reliability across the aircraft lifecycle.

In addition to the FARA competition, Sikorsky and partner Boeing are offering the DEFIANT X for the Army's Future Long-Range Assault Aircraft (FLRAA) competition. With RAIDER X and DEFIANT X, the Army could have common, scalable aircraft with the mission advantage the Army is looking for. Both FARA and FLRAA are among the Army's top modernisation priorities meant to address near-peer threats in the multi-domain operations (MDO) of 2030 and beyond.

"Through this week's RAIDER flight and our ongoing test program with DEFIANT, we are demonstrating the future of Army Aviation," said Kevin Mangum, Lockheed Martin vice president, Army programs.

"With RAIDER X, we will fill a critical Army capability gap, providing the speed, reach, lethality and convergence to fight and win on the MDO battlefield, today and into the future. DEFIANT X will be the world's best assault aircraft – like our great Black Hawk – for decades to come. Our X2-designed aircraft provide commonality – in parts, systems, maintenance and training. And, DEFIANT X has the same operational footprint as the Black Hawk, reducing the Army's total cost of ownership by eliminating any modifications to existing facilities."

Flight Demonstrations Highlight Manoeuvrability and Speed Where it Matters

On April 13 and 15 at Redstone, Sikorsky's Christiaan Corry and Bill Fell piloted the S-97 RAIDER flight routines that highlighted both low-level helicopter manoeuvrability and the high-speed capability that only Sikorsky's X2 Technology family of helicopters offers. Corry previously flew with the first Army experimental test pilot in S-97 RAIDER, with additional events to come.

"Flying RAIDER continues to amaze me," said Corry, a former U.S. Marine with more than 4,500 flight hours in 25 types of aircraft including the CH-53E, CH-53K and others. "The combination of the coaxial rotors and the propulsor are really the enablers for this transformational technology. As we demonstrated today, in low-speed flight we are as capable as a conventional helicopter, but when we engage the prop, we are able to operate in a whole new way – it's much more like flying an airplane."

"RAIDER is a tremendous risk reduction vehicle for RAIDER X and DEFIANT X and enables us to make data-driven design decisions for both aircraft," said Fell, a retired Master Army Aviator and former Army experimental test pilot. "Every time we fly, we are learning something that goes right into RAIDER X and DEFIANT X."

Sikorsky has been flying and testing X2 Technology for more than a decade, accumulating nearly 500 hours on its X2 Technology test beds and aircraft including the X2 Technology Demonstrator, RAIDER and DEFIANT.

Also while at Redstone, Sikorsky discussed its approach to mission and weapons systems integration, manufacturing and sustainment.

For example, its FVL aircraft will have much more actionable maintenance data, providing commanders with information to accurately assess the health state of the weapon systems as well as the ability to self-diagnose maintenance and predict aircraft availability. That increases the operational readiness and availability and reduces life cycle costs associated with that platform.

With Sikorsky's Fleet Decision Tool, commanders can aggregate data from individual aircraft based on operational requirements, aircraft health assessment and maintenance flow to ensure they're optimising readiness and aircraft availability across the entire fleet.

"This means that I, as a commander, could look at my aircraft battalion and understand the health of each one of the aircraft and prioritise the right aircraft for the next mission," Mangum said. "This positions us to meet the Army's Maintenance-Free Operating Periods in which RAIDER X and DEFIANT X helicopters could operate without the need for service for an extended period of time."

Also located in Huntsville is Sikorsky's RAIDER X Portable Full-Mission Simulator (PFMS). The simulator consists of a full cockpit with a wrap-around dome for out-the-window visuals which can be updated as the system matures. In addition to the basic flying, the cockpit simulates sensors, weapons and a variety of tactical environments. The high-fidelity simulator has welcomed Army aviators, Soldiers and leaders at tradeshows and special events around the U.S. since 2018.

In addition, Sikorsky and Boeing have developed a DEFIANT X simulator, which is permanently located at the Sikorsky Huntsville facility. The DEFIANT X simulator will allow Army aviators, Solider and leaders to experience the unique flight characteristics provided by X2 Technology as well as experiencing the mission system approach to the FLRAA mission.