Navigate directly to favourite company, aircraft and sector pages with our tracker feature.
Malvina trainer finds funding to enter production
Approval to manufacture the Malvina is a turning point for FAdeA's Cordoba factory because it will be a completely new aircraft. The Argentina government is behind efforts to increase national capabilities. 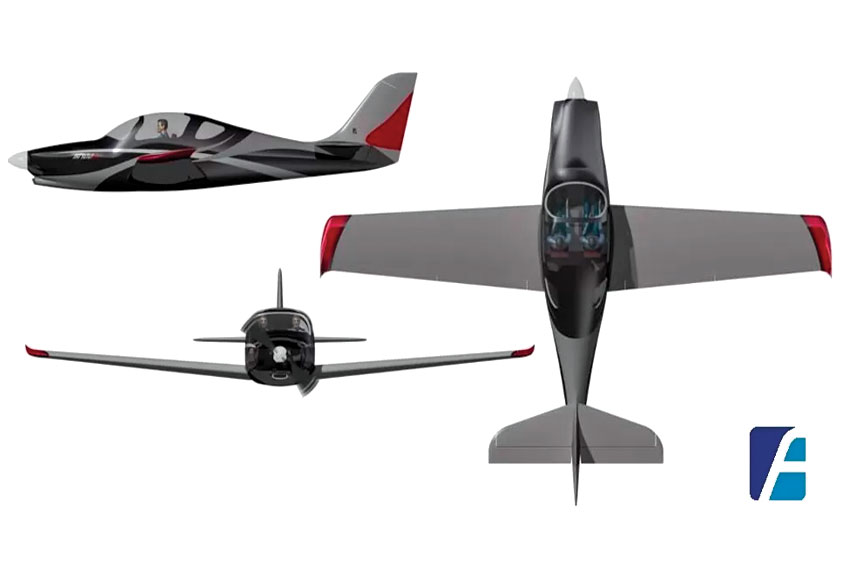 FAdeA will begin the serial production of the IA-100 Malvina aircraft.

National development of the IA-100 Malvina aircraft for military training and civil use has been given the go-ahead at the Argentine Aircraft Factory SA (FAdeA), marking the first serial production project of an aircraft at the Cordoba factory, after the IA-63 Pampa III, for advanced training.

The IA-100, developed between 2014 and 2015, is a two-seater aerobatic training aircraft. Its objective was to satisfy the needs of the Argentine civil and military market, but the contract was finally suspended in 2016. The new aircraft that will be developed from this agreement will include the specifications required by the Argentine Air Force.

The plan will be financed by the Institute of Financial Aid for the Payment of Retirements and Military Pensions (IAF) for the sum of US $2,500,000. The Ministry of Defense, the Argentine Air Force, the IAF and FAdeA are signatories to a cooperation agreement to coordinate efforts and explore joint projects. Within this strategy, the IAF presented, in January 2020, the initiative to promote a line of financing for projects related to the development of the defense industry.

The aircraft has a wide operating range, with aerobatic and spin recovery capabilities, while its cockpit and instruments are in line with the pilot's training. In addition, it consists of a low cost of acquisition and operation, logistical support for 30 years. In this sense, the project proposes a possible adaptation of the third crew member in the cabin for stages of navigation instruction and application to the civil field and subsequent growth of the four-seater version.

"We launched this initiative at a time when the aeronautical industry is in deep crisis throughout the world, but in Argentina we decided to bet heavily on this industry, which is one of the most important in the defense industry," says Defence Minister Agustin Rossi. "The name for the new aircraft is Malvina, a woman's name and in homage to our islands."

President of the Argentine Aircraft Factory, Mirta Iriondo, says that "this project encourages the development of the national aeronautical industry, since through FAdeA local suppliers will be involved in a project with high growth potential, understanding that this new aircraft may be offered to air forces of other countries for the training of their pilots."

FThe IA-100 program progressed as far as a technology demonstrator in 2015. Now that program will be resumed to develop the new prototype incorporating the requirements requested by the Argentine Air Force.

FAdeA is also to develop components for its IA-63 Pampa aircraft through national suppliers through CArAE, the Argentine Aeronautical and Space Chamber Production for Defense. Participants will be technology-based companies dedicated to the manufacture of mechanical, electrical and electronic products, parts and systems and related areas intended to equip aircraft, space vehicles, satellites and the like, as well as developing the necessary equipment for land that enables these activities such as engineering and manufacturing of the means for production.

The president of FAdeA, Dra. Mirta Iriondo stated that "this is a fundamental step that shows FAdeA's strategic interest in promoting the development of the national aeronautical industry. This initiative to nationalise IA-63 Pampa components began in 2014, when only 3% of the aircraft's parts they were local, currently they reach 13% and the proposed goal for the year 2023 is to bring them to 16%."